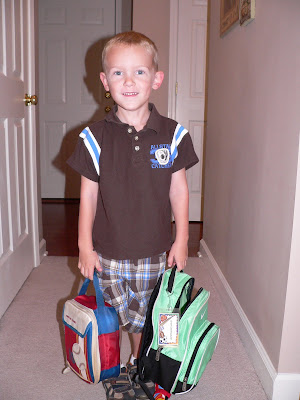 Grant's first day of school last week was not so easy for him. He did great the days leading up to it. And even that morning he was very cooperative and ready to go. He did fine the whole way there and made it into school on his own free will. But as I was signing him in, I looked down to see him with his hand over his face trying not to cry. I quickly tried to console him and ensure him that I would back soon to pick him up. Well, he ended up screaming "but I don't want to go!!!!" and clinging to my leg.

After threatening to take ALL of his toys away if he pulled something like that again, he was good to go the rest of the week including today. I even got a "goody, goody, goody" out of him today as I reminded him it was a school day!

I think he likes his new schedule (mainly his abbreviated rest time), and he likes being considered one of the big kids this year.

He certainly is.
Posted by House of Sawyer at 8:25 PM No comments:

Once upon a time--

They are still together. And always will be.

I love you, baby. Happy Anniversary. 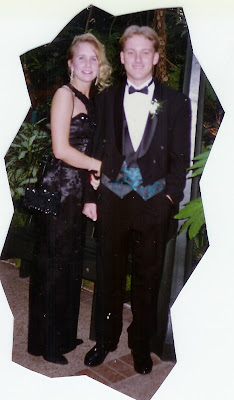 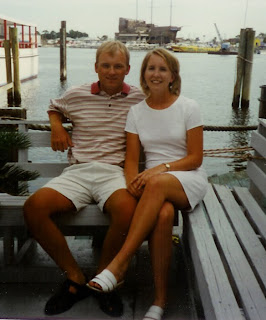 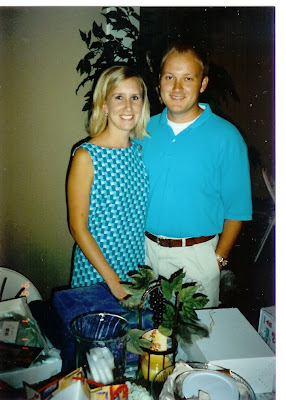 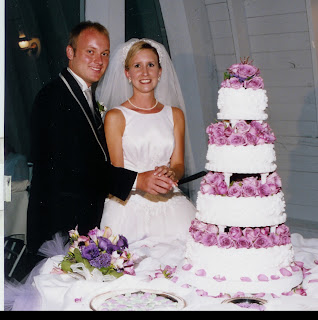 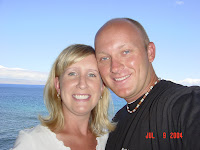 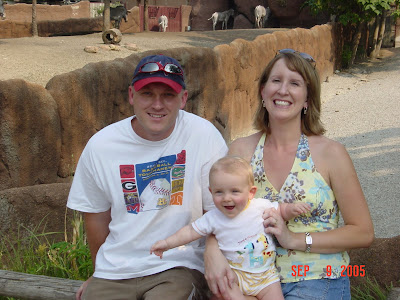 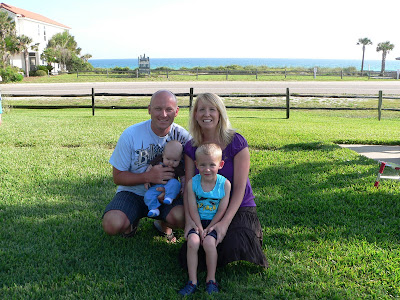 Drew had his first taste of cereal (last week to be exact). His initial look was complete disgust and confusion. But after a few bites, he acted like he'd been eating from a spoon his whole life. 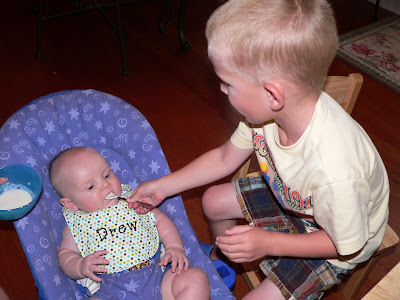 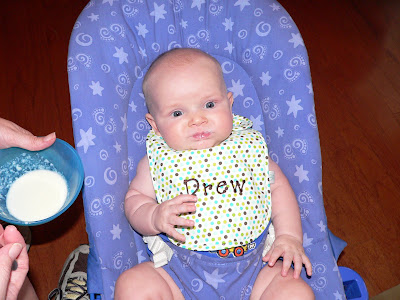 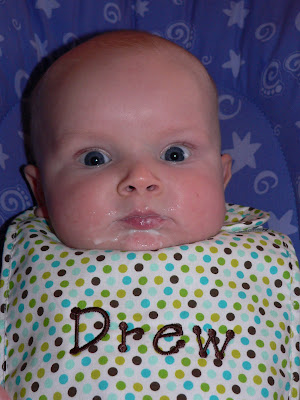 Posted by House of Sawyer at 9:11 PM No comments:

I did it. 30 post in, well, almost 30 days. I can't believe so much has happened over the past month. Just to recap:

Drew learned to roll over.
We put a contract on a new house and put ours on the market.
At 4 & 1/2 years old, Grant's mouth does not stop, and he's a great big brother.
Drew began sleeping through the night and turned 4 months old.

I've learned I should definately be blogging more often. With our up and coming move, the boys getting bigger everyday, and a certain couple's 10 year anniversary just around the corner, there's so much to look forward to.

I can't wait to blog about it.
Posted by House of Sawyer at 9:08 PM No comments:

I am not one those moms who just adores breastfeeding. Some women love the bonding experience. Others love the ease. But, you bond with your baby whatever way you feed him. And in the beginning, it is ANYTHING but easy.


But, this time around I kept at it. And it did get easier as the days went on. When I noticed Drew's rolls start to get a little bit bigger, I began to be proud of what I had accomplished-- Not only did I give birth to him, but I was keeping him alive. I told myself I would keep at it as long as it was easier than preparing formula and bottles. And it was.
That was until last week. To make a long story short, for reasons beyond my control, my production greatly decreased. Now, I know there are ways to increase production, but that would be more difficult than preparing bottles and formula.
So my nursing days are soon to be over. But to be honest, I can't believe I've single handily kept my BIG guy alive for this long.
At least now I have some helpers. 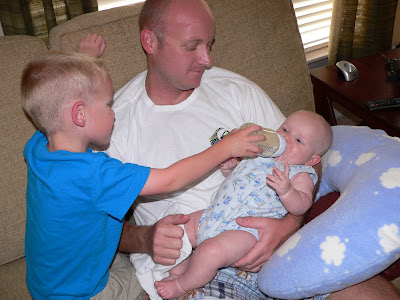 Posted by House of Sawyer at 7:23 PM No comments: