We planned Drew's birthday to be simple and sweet.   There would be no games, friends, or activities.  Simply family, presents, and cupcakes.  It was perfect.

We enjoyed barbeque and fixins' for lunch.  Then several kinds of chocolate chip cupcakes.  Ok.  So I might have went a little overboard on the cupcakes, but hey, that's what I do!

Drew is obsessed with letters, and he loves the children's book Chicka Chicka Boom Boom.  So, he got letter cupcakes complete with a coconut tree. 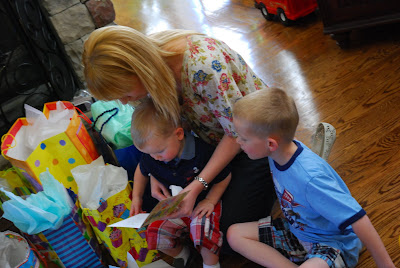 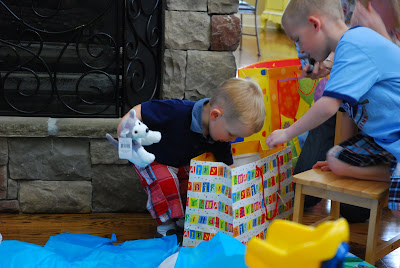 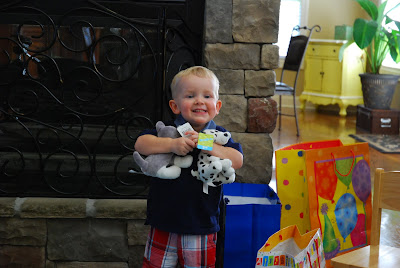 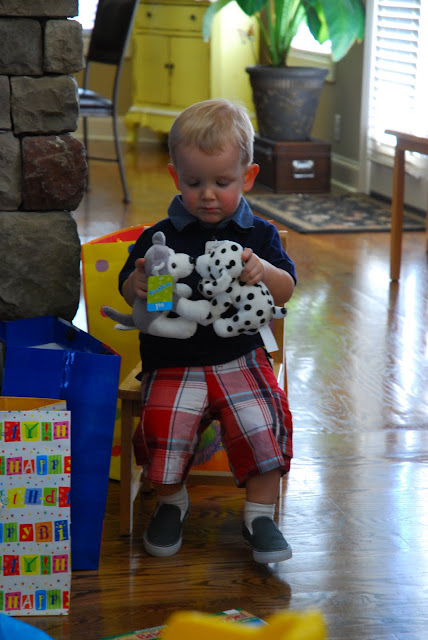 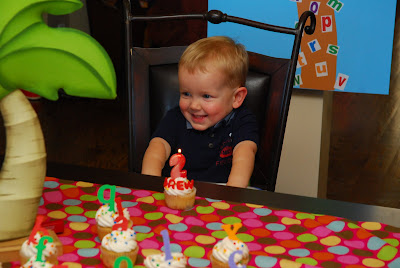 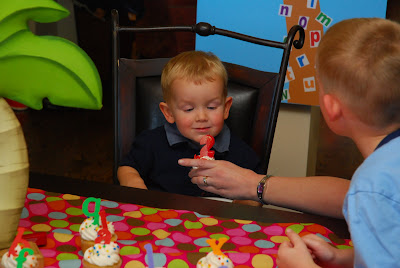 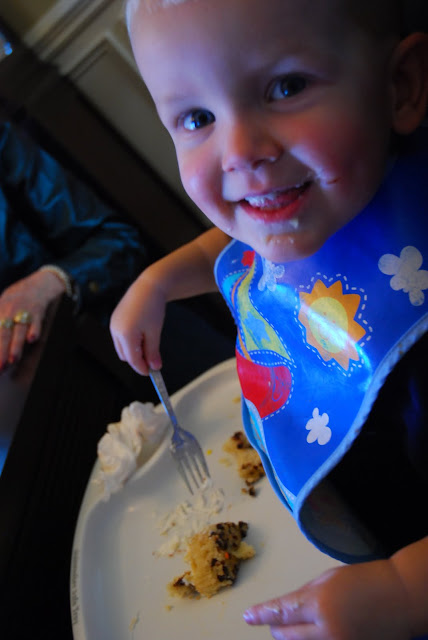 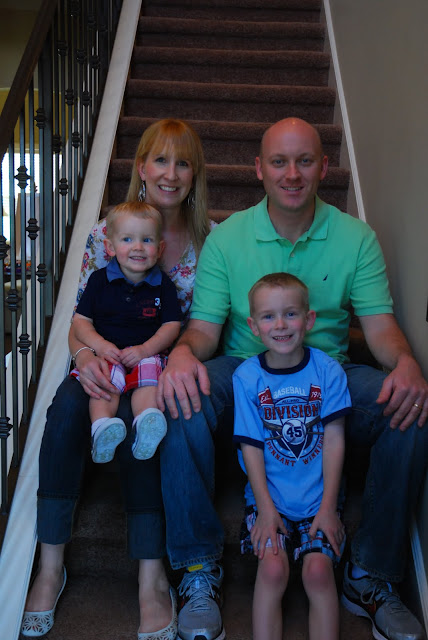 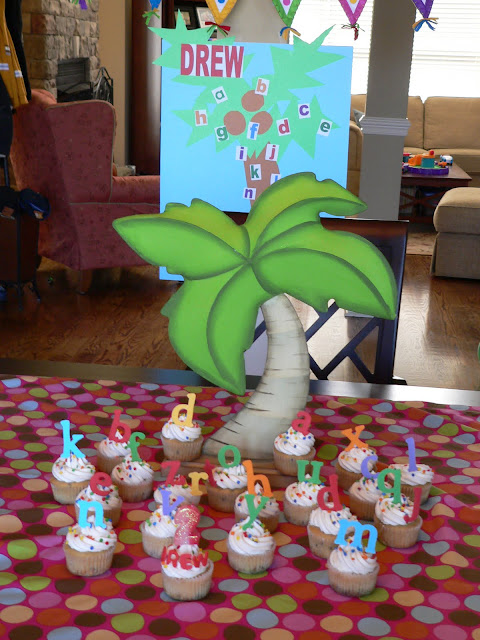 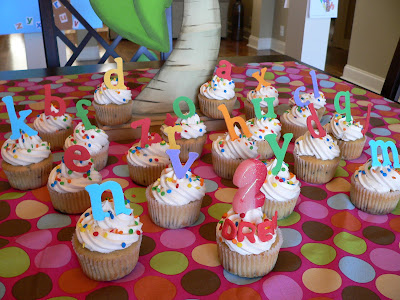 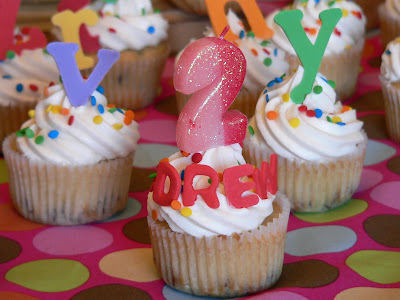 MILESTONES: He knows all of his letters by age 2. And many letter sounds! He knows his numbers, 1 to 10, but can count past ten, sometimes. He knows all of his shapes. He is still working on colors, but knows most of the Lightning McQueen cars and Thomas trains by names. He also knows a few NASCARs including Kyle Bush and Dale Jr!


He can sing Itsy Bitsy Spider, ABC's, Twinkle Twinkle, and Transformers. As in, the old school Transformers theme song. He has never seen it a day in his life, but he somehow picked it up from his brother. He often sings it repeatedly ultimately annoying Grant.

Most people can't not get over his ability to talk. He can say anything and everything he wants to say... making sentences and saying 3 and 4 syllable words such as "delicious". He recognizes people, especially kids, and remembers their names.

His new favorite thing to say is "my do it."  And thus, his favorite thing to do is anything by himself... opening doors, putting on shoes, and climbing in his carseat.  This often ends in tears if he can't do it or do it fast enough for mommy and daddy.  Maybe I should let him "my do it" with pee pee-ing in the potty.  Dah-da-dum-dum.
Posted by House of Sawyer at 10:11 PM 2 comments: