The best day ever

10 years ago Danny and I went on vacation to Hilton Head Island. We were still newlyweds and ventured away from our typical Florida vacation for a chance to see a little bit of the east coast.

I must confess. I don't remember many details about the trip. I remember the moss covered towering trees, the lack of high rises, and I remember it being one of the busiest beaches I had ever seen.

On the other hand, Danny has an incredible memory of that vacation. He remembers restaurants where we ate, the plantation where we stayed, and the fireworks show at Harbour Island. He swears he remembers all of our dates. I'm not too sure.

Flash forward 10 years later.... Threats of oil covered beaches in Destin made us make a last minute decision to head once again to the Atlantic Ocean. We were back, plus two little boys, my parents, Danny's parents, Dale, Becca and one fabulous house with a private pool.

Vacationing is much different now with a one year old plus a five year old in tow, but thanks to grandparents and Drew's daily 3 hour nap, Danny and I were able to get plenty enough down time.

The first couple of days Drew had his moments trying to figure out the sand and his new schedule. As it turns out, he loved the ocean as well as sand covered goldfish.  Grant pretty much stayed in the water non-stop only to get out periodically to pee or eat an ice cream sandwich.  He was quoted numerous time saying "this is the best day ever!"  On the second day, he got crushed by a wave on his boogie board and suffered a pretty bad strawberry on his head, but he was back in the water in no time. By Thursday Grant was "all done with vacation," and Drew was just getting started. 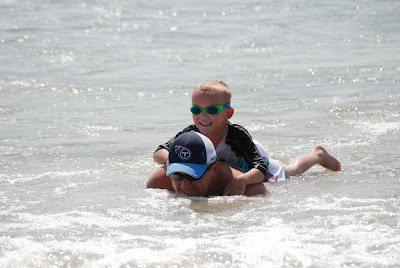 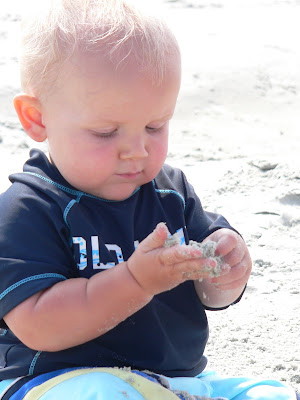 I wonder what details I will remember about this trip ten years from now..... 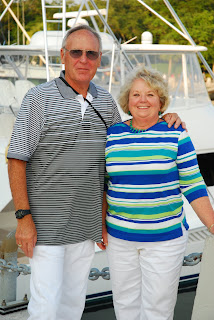 I'll remember our visit to Harbor Island-- Grant and Danny climbing the 114 stairs to get to the top of the lighthouse, snacking on ice cream cones with the whole family, and the trolley ride with Drew squirming in my lap. 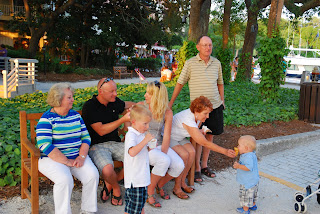 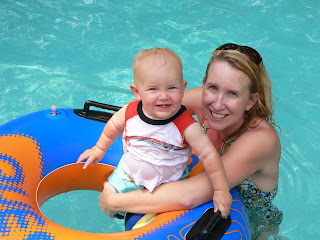 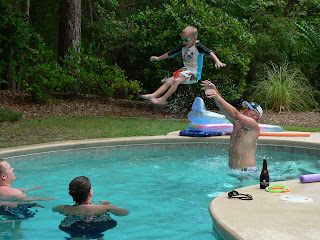 and Grant perfecting his cannon ball.

And I'll remember the feeling I felt wondering with Danny one night at dinner (at Alexander's!) if it would be another 10 years before we go back to Hilton Head.... Grant would be 15. Drew would be 11. I would be....well, let's just not go there.


We never made it down to the beach for some nice family pictures so the back yard had to do.  After snapping a some shots, Dale asked if we wanted some pictures of just the two of us.  No, I said.  There's not just two of us anymore.  There's four of us now. 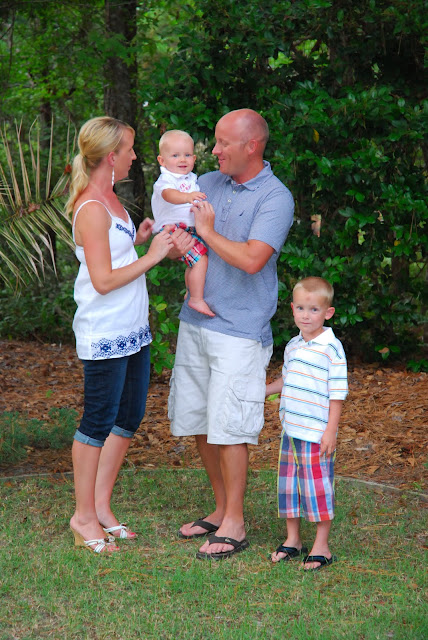 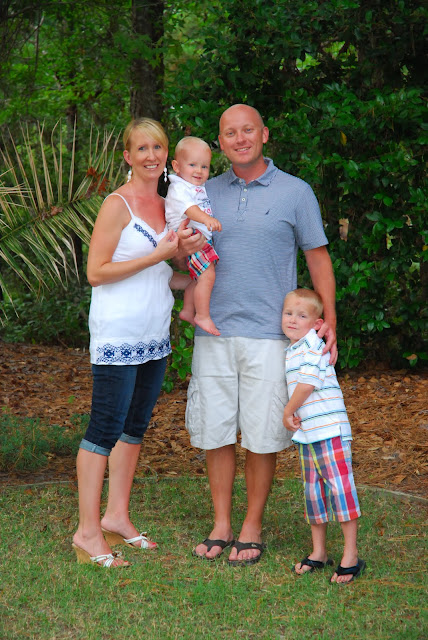 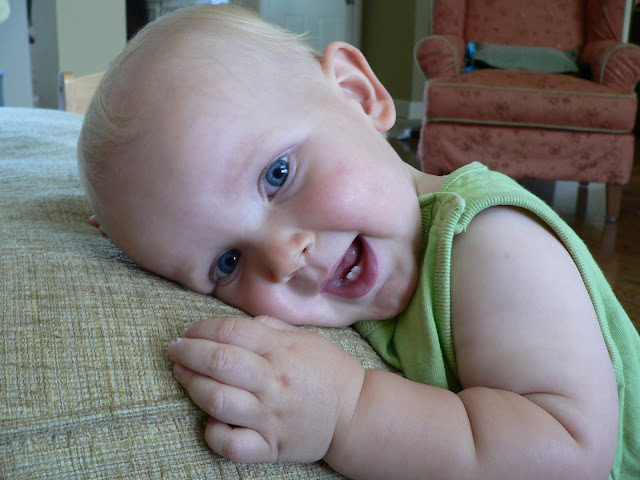 Now that he is one year old, he thinks he's two years old or something.  He can walk.  He can talk.  AND he thinks he is the first born of the houshold.

Since the past couple of weeks he has started to take more and more steps.  But just since this weekend he is a full blown TODDLER.  He's walking around the house like he own's the place. 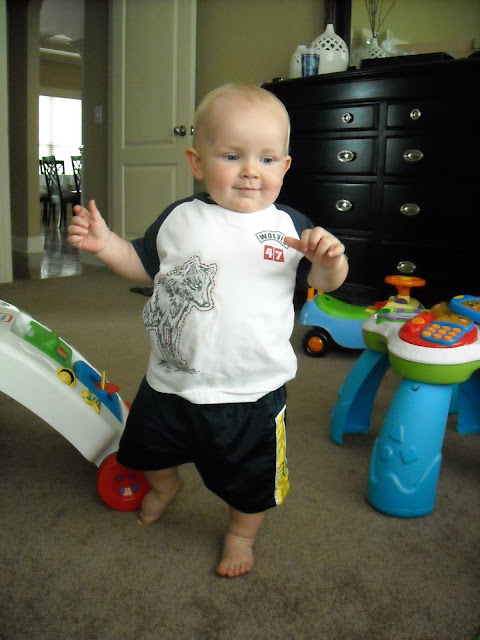 He is learning to feed himself and do various tricks with his utensils and food. 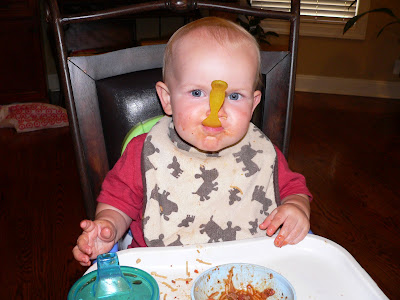 And all of the sudden he has a vocabulary.   He says,
mama
dada
bubba
ball
uh oh
dah (dog)
ball
mih  (milk)
nana
bye-bye
puh (puff)

cah (car)
dah du  (thank you)
And assorted animal noises for horse, cow, dog, cat, sheep, and fish.
He uses his baby signs for all done, night-night, eat,  more and fan (yes, he's currently facinated with the ceiling fans). And he's even invented his own sign for whatever it is he wants by waving his arm and saying "uuuuuhhhhhhhuuuuuhhhhhhhhh!!!!!!!!!"
His favorite things to do include unloading the kitchen cabinets...... 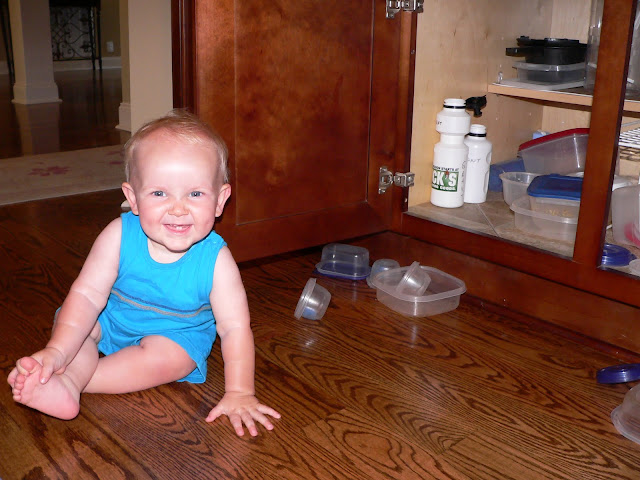 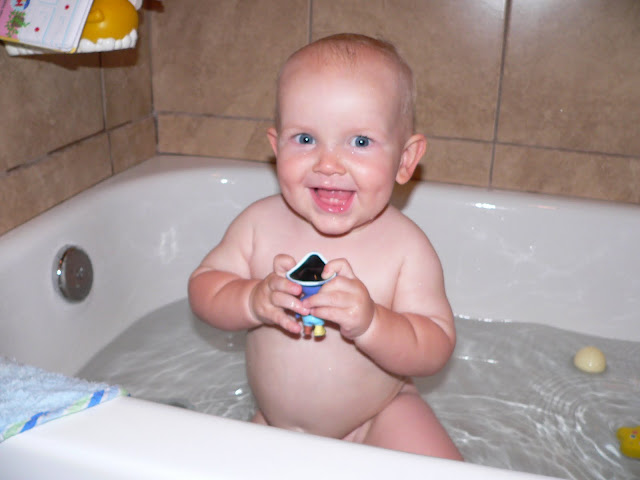 And his VERY favorite thing is swinging in his new backyard swing.... 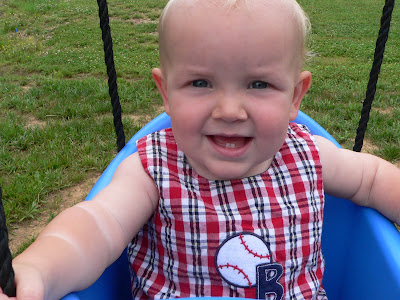 Something I haven't figured out though is his jealousy of Grant.  Since bringing Drew into the world I've worried about Grant coping with consequences of having to learn to share his time with us with his younger brother.  It never occured to me though that my baby boy would be jealous of big brother.  When Grant wants to cuddle up with a book or he's crying from hurting himself, Drew will bust up the snuggling with a push and a shove and his classic "uuuuuuuuuuhhhhhhuuuuuuuhhhhhhhh!!
Grant on the other hand loves to try and cuddle with Drew, give him zerberts, or pats on the head.  Go figure. 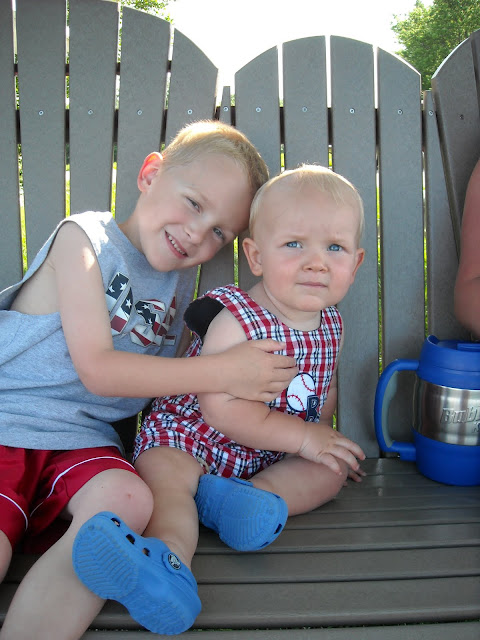 Posted by House of Sawyer at 9:20 PM No comments: