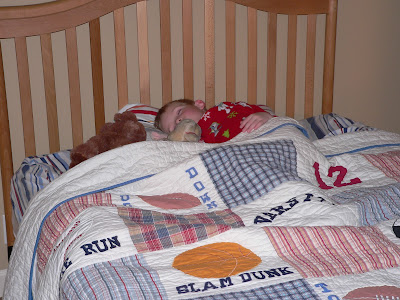 ﻿
I almost didn't take this picture.  I really didn't want to wake him up.  But then I thought... when will I ever think to take a picture of my sleeping 6 year old boy again?
So, I took the picture, and-- it didn't wake him up.﻿  Now when he gets bigger, he can look back and see himself sleeping all snuggled with his buddies in his cutesie pajamas.
And I can look at the picture and remember what made me want to take it.
Your little hand's wrapped around my finger
And it's so quiet in the world tonight
Your little eyelids flutter cause you're dreaming
So I tuck you in, turn on your favorite night light
To you everything's funny, you got nothing to regret
I'd give all I have, honey
If you could stay like that

A Year in Review

What a year it has been.  I started making a list of all that we've accomplished and been through this passed year.  I came up with quite a list...

Danny and I took a fabulous trip to Napa Valley.  Oh, I can just close my eyes and feel the warm California sun right now.

We witnessed the worst flood in Tennessee history.  I still can't believe the wreckage it caused, how lucky we were to not be affected, and that Opry Mills may never be open again.

We sold our house.  After renting it through the winter, we sold it in May.  Our new house now feels like home and we look forward to watching the kids grow up here.  Ok, well, I'm looking forward to them SLOWLY growing up.

Drew had tubes placed in his ears in July.  He hasn't had an ear infection since.  Fingers crossed that this pattern continues.

The BP oil spill in the gulf caused us to change our summer vacation plans.  The private home with it's own pool was totally worth it.  Well, not worth it for the billions of gallons of oil that spilled into the ocean and killed marine life and ruined business in the gulf, but you know what I mean.

Grant started Kindergarten.  This one probably worried me the most, but in hindsight, has been the easiest.  He absolutely loves school and has since day one.

Danny and I took another fabulous trip.  This time to Chicago.  Deep dish pizza, Chicago Air and Water Show, The Field Museum, and the Magnificent Mile were all firsts for me.

Drew started preschool.  For exactly 9 hours a week, we both get to do our own thing.

I started my very own cupcake business.  And Danny started making beer.  Not sure how all of this happened, but it's an outlet for our creative (and let's just say... indulgent) side.

Grant lost his first tooth.  It's interesting to see the opposite stages that Grant and Drew are in right now.  Drew's teeth are coming in and Grant's are falling out. 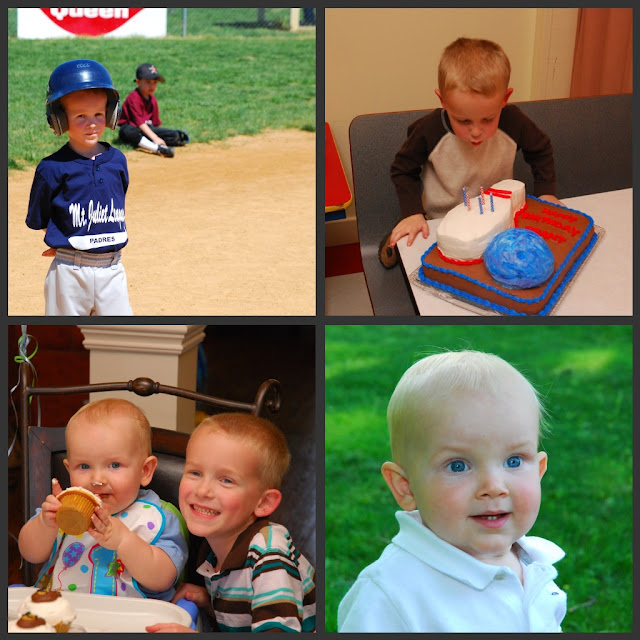 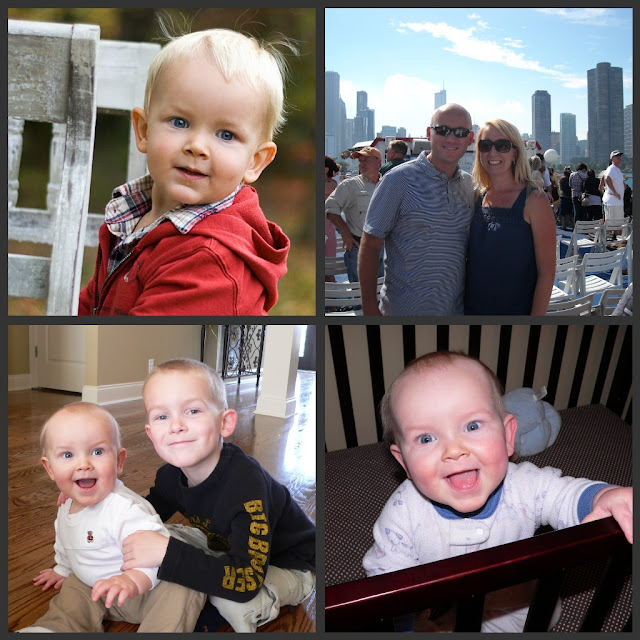 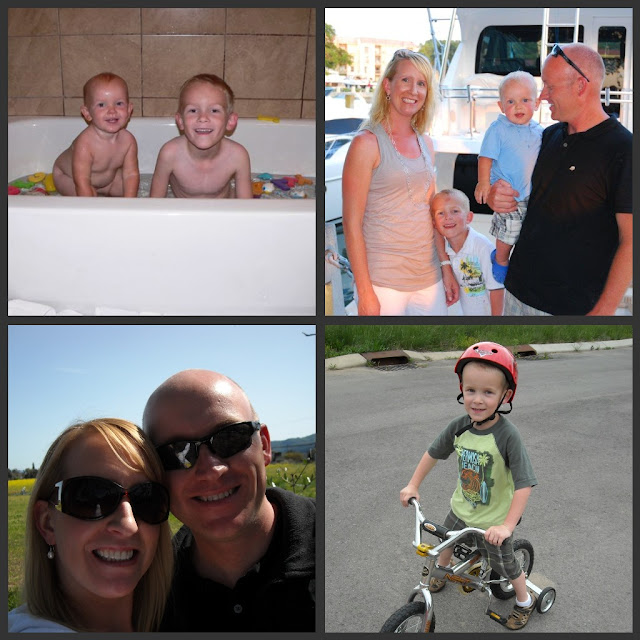 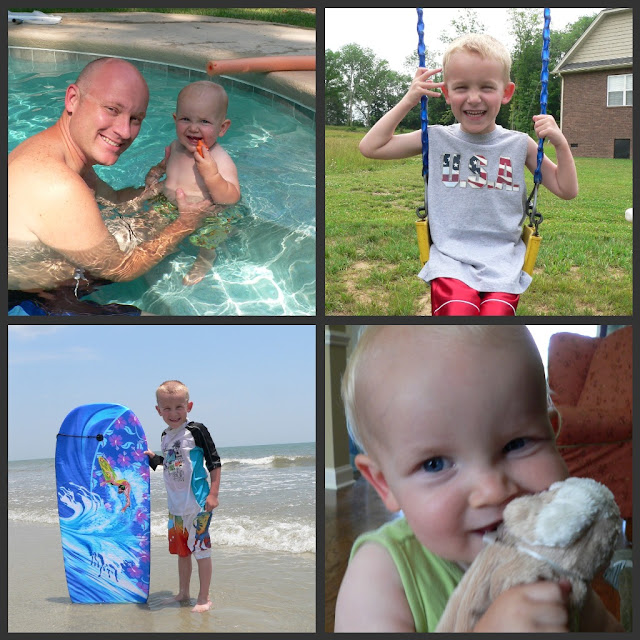 Posted by House of Sawyer at 9:05 PM No comments:

This was the year of cars and trucks.  What?  Cars and trucks?  Yes, not being able to settle on one or two things to ask Santa for Christmas, he asked for a general "cars and trucks."  I guess it worked for him though. He racked up with legos, a NASCAR racetrack and a Nintendo DS. 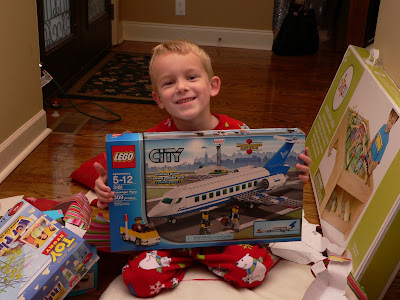 Drew was happy with his train table and little people car track.  He was so excited he couldn't stop saying "choo choo tain." 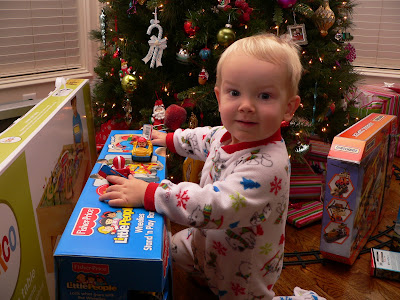 Once again, we enjoyed hosting the Ladd's at our house on Christmas day. 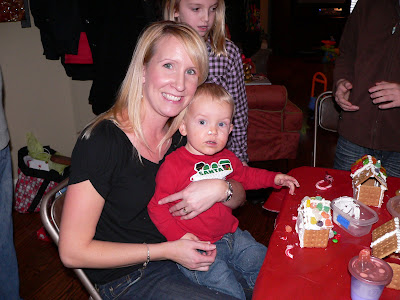 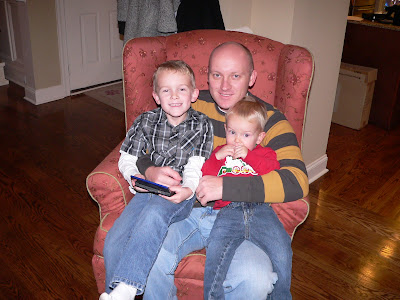 And for the first time in over ten years, it snowed on Christmas day. 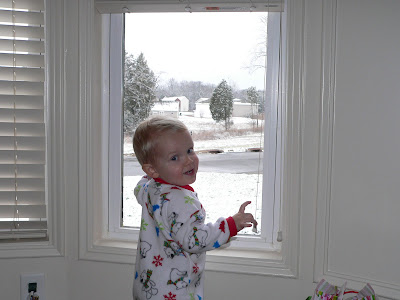 Posted by House of Sawyer at 9:26 PM No comments: