We finally have a crawler.  Except I don't care that some babies are crawling at 6 months old.  It took Drew nearly 11 months figure it out and I love it.  Why?  Because why rush it?  He's been a happy guy for the longest time sitting contently pulling toys out of his toy box or watching Grant bounce around the house.  That is until last week. 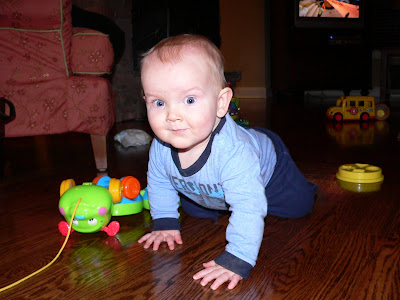 On Monday, he figured out he could get around more efficiently if he put one knee in front of the other instead of dragging his belly along the floor like a fish out of water.  And by Friday, he was nowhere to be found.   I was eating lunch in the living room, and Drew was playing nearby.  As I was munching on my sandwhich, he became curious and before I knew it, he was out of sight.  I could here him roaming through the kitchen.  Grant was running around as usual so I asked him what Drew was doing.  He said, "He's in the laundry room."  I nearly spued my drink all over the place surprised by his new found speediness. 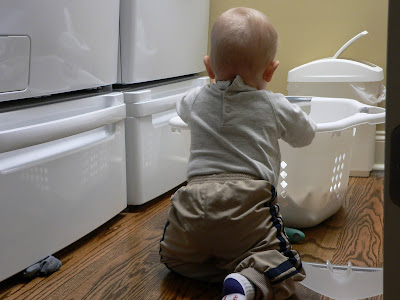 So now he thinks he's Mr. Big Stuff or something, pulling up on anything and everything he can reach. 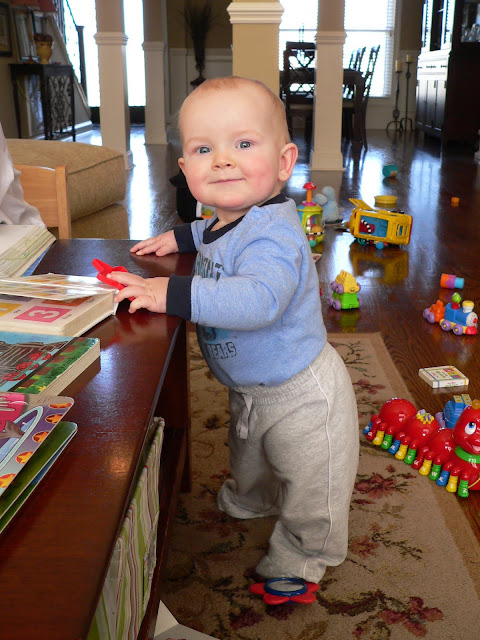 He's totally into looking at books.  Well, I think he's more interested in turning the pages than actually looking at the pictures.  But if you sit down with him to read him books, the sessions often end in tears as he protest for more. 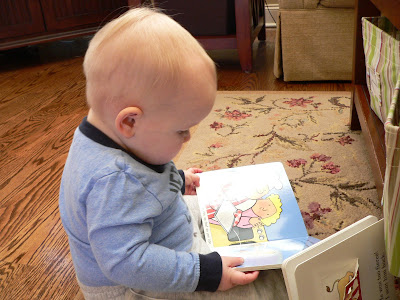 He's also into picking up the tiniest crumb or piece of fluff on the floor and putting it in his mouth.  Just this week I caught him gagging on a piece of carpet.  This one I don't get though because he's currently not too thrilled with table food.  Although you definitely can't tell it by looking at him. Huh?


And last but not least, this picture just brings a smile to my face.  It's just a glimpse of  brief contentment in our daily life..... everyone has their chocolate milk poured, clothes on, diaper changed, morning coffee and cereal consumed, and an activity to do. 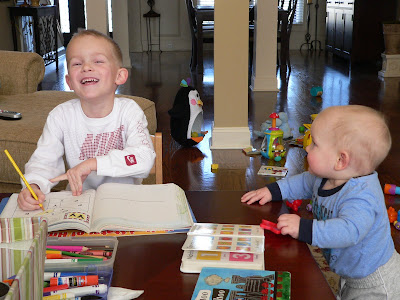 Every Five to Six Years 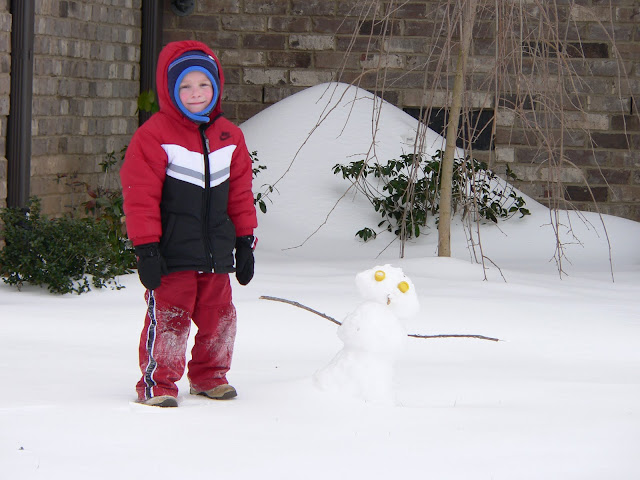 That's how often we get snow like this in Nashville.


It started snowing last Thursday and continued through Friday.  I believe we got about 5 inches.  Perfect for sledding.... if you own a sled.   Neverfear, Rubbermaid to the rescue.  Not only do they make great storage containers, but also some of the best sleds in town. 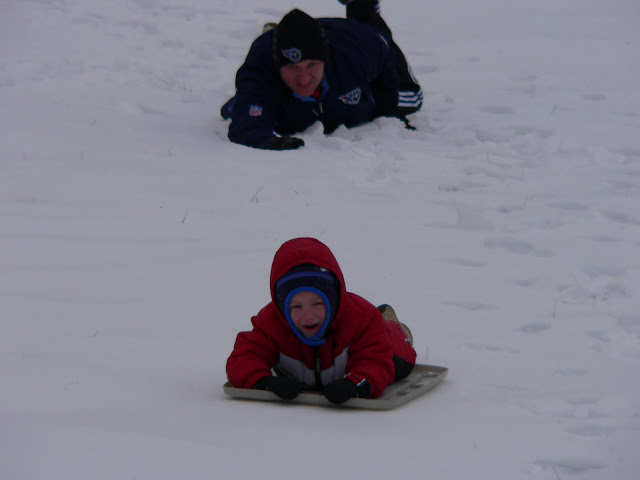 Grant stayed out so long the first day and got so cold that he almost didn't want to go out the next day. But with a little encouragement and help from the sun, he made it out. 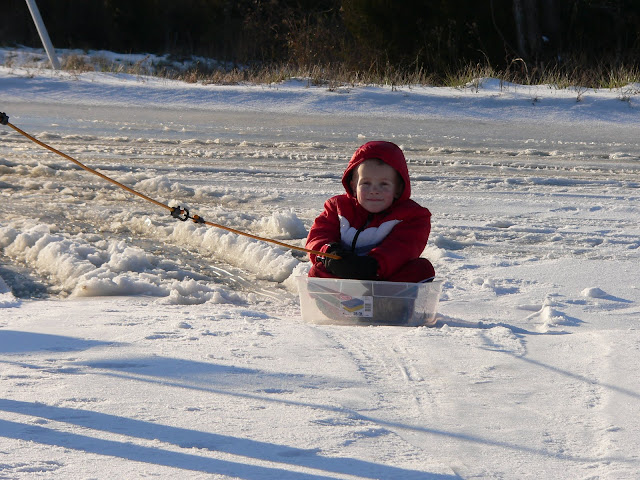 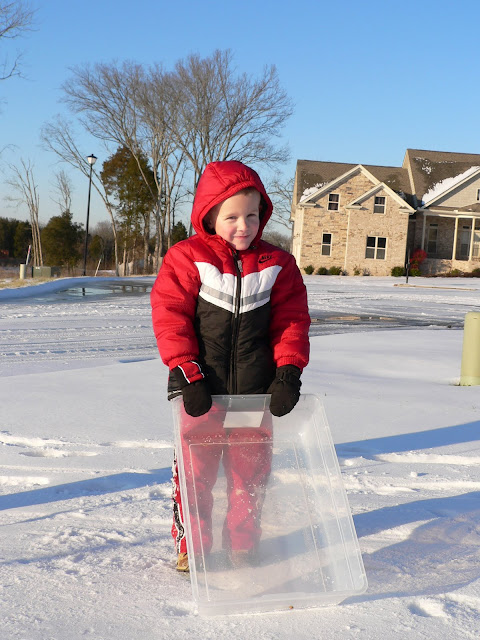 He nearly stayed out too long again.
Drew, on the other hand, was stuck inside at home for three days learning new tricks in his bed. After the third day, he was looking at us like, "What are we still doing here? Let's go somewhere." I couldn't agree more. 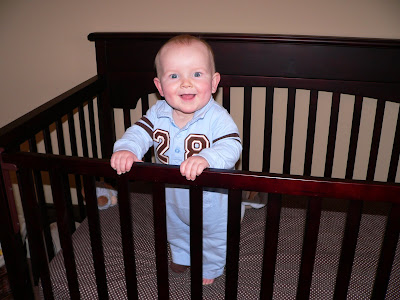 Posted by House of Sawyer at 8:55 PM No comments: