Ask Drew how old he is now and he responds, "I'm free mies old."  That is not a typo.  It's the cutest thing.  He can say 'three' and he can say 'years', but when he puts them together, it comes out "free mies old."

This is a not a good representation of his speech though.  He can carry on a conversation like a five year old... "I already have a yapkin, Daddy."  He asks questions... "What did you say?" And creates his own thoughts....  "We need to tell Grant."  Strangers as well as friends remark on how well he can talk.  He knows all of his monster trucks by name.  And, we probably have about 20!  He knows most letter sounds and can count to 20 plus.  At Grant's baseball games, he calls out each players number as they come up to bat.

His birthday party was once again simple and sweet.  Well, except for the cake and cupcakes I guess.  I tried hard to convince him he wanted puppy dog cupcakes, but monster trucks win every time. 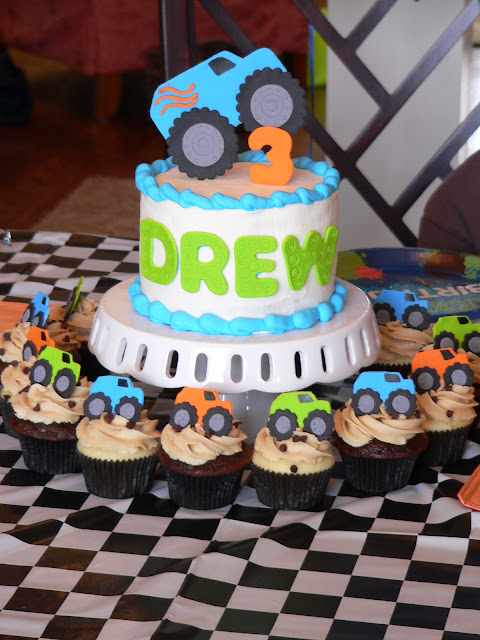 Drew's best friends (AKA Grant's best friends) came to the party as well as Autumn, Peyton, aunts, uncles, grandparents, and great grandparents.  He got a new comforter for his new bed, some summer clothes, cars,    and, of course, monster trucks. 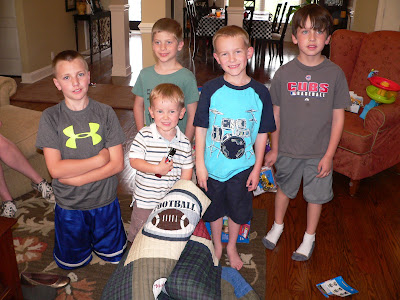 and a wagon from mommy and daddy. 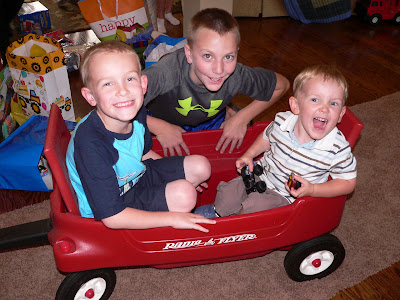 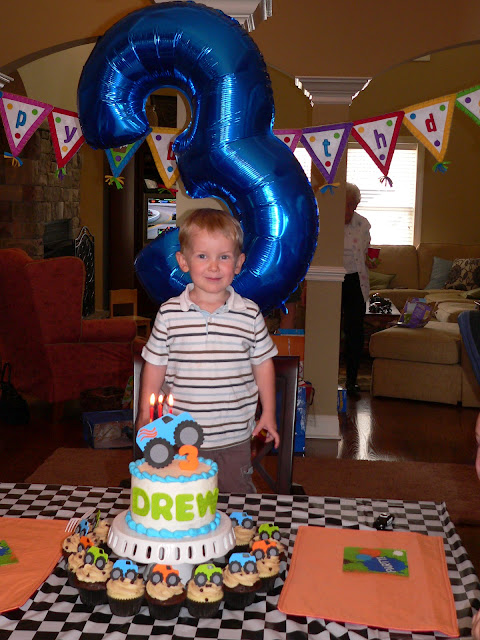 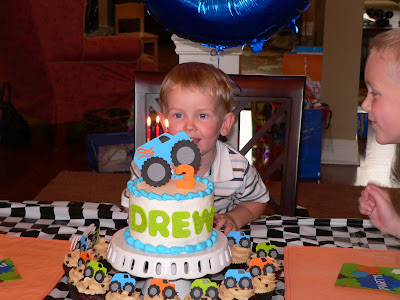 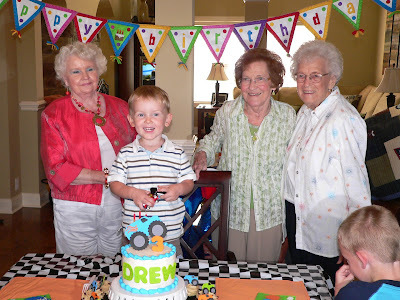 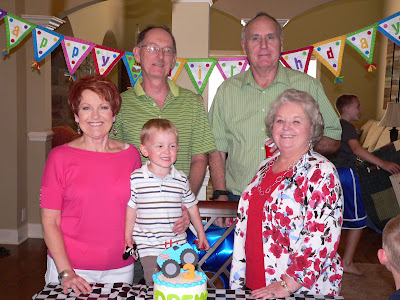 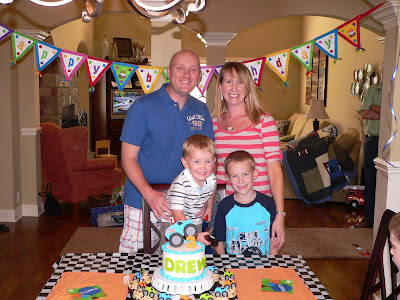 I'm already bummed that by this time next year he'll be able to correctly pronunciate... "I'm four year old!"