Well, summer is officially over.  Grant started back to school two weeks ago, and Drew started last week. So, I thought I'd take a little time to recap our summer adventures.

I thought we would stay busy this summer with our summer list.  It would serve as a "to-do list" as a way to keep us occupied during the long days at home.  We stayed busy most days with at least one outing a day whether it was to the grocery store or to the Adventure Science Center.  Ultimately, Grant still spent a little too much time playing Xbox and... we probably made a few too many trips to Target.  Yep.  I am sad to admit that he started complaining one day about his thumb.  As it turns out, he developed a small blister from playing too much!

Here's a picture recap of some of my favorite summer memories. Also, one of my favorite outings this summer (which was not photographed) was our family outing to Nashville Shores. 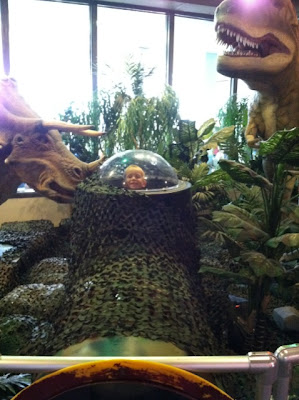 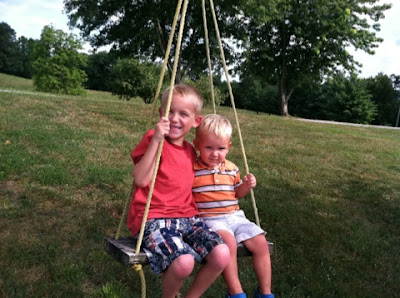 Swinging at Nana's and O'Dad's 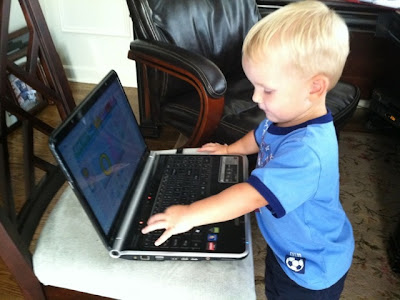 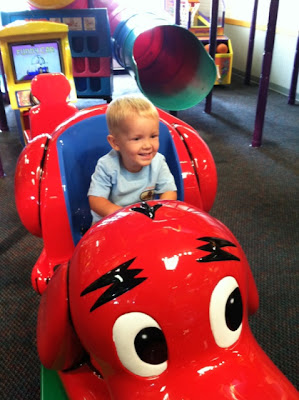 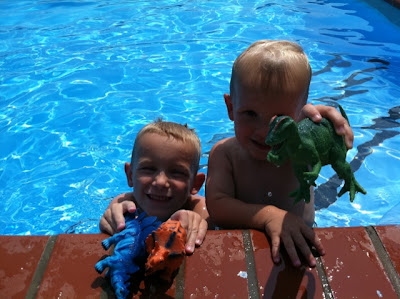 at our neighborhood pool 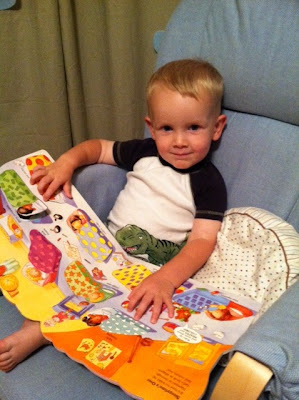 getting ready for bed 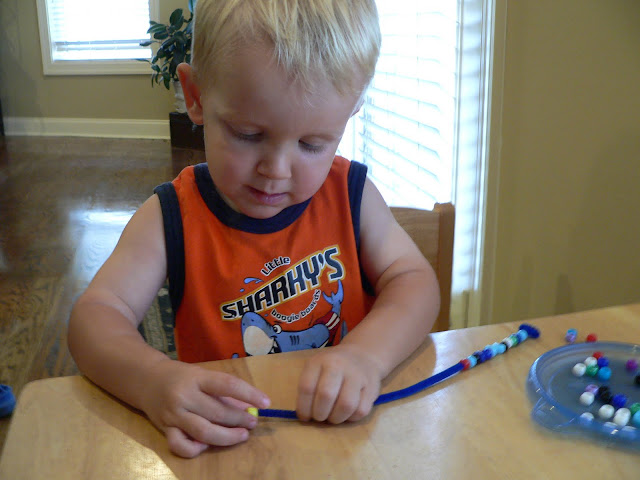 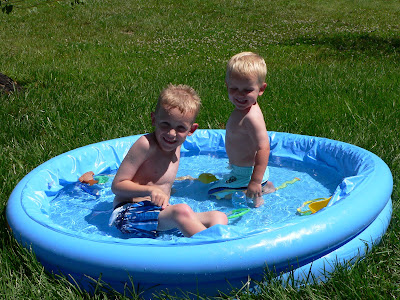 backyard pool fun﻿
Ultimately, it was probably the best summer ever. Drew is still as sweet as can be and Grant is at such a great age.  He can pretty much occupy himself and is an incredible help in occupying Drew.  On the other hand, he is great to hang out with... inquisitive, silly, and... a bit obsessive.
His current obsession is with cars and racing.  In fact, most of his free time this summer was spent like this:  racing cars. 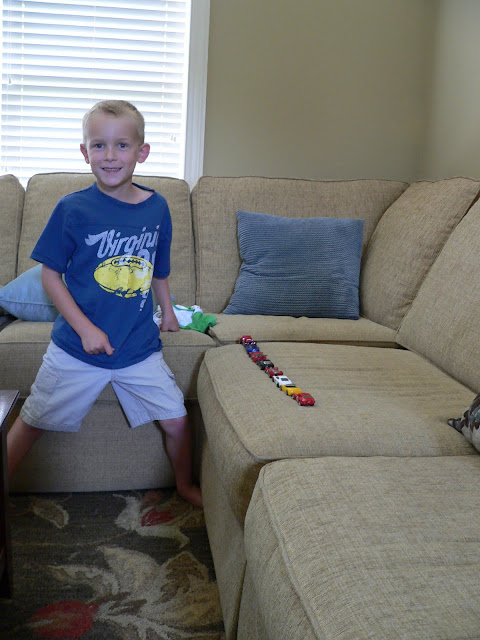 Cars EVERYWHERE. All over the floor. The coffee table. And, his primary racetrack... the couch! ﻿He is so obsessed with cars that his little two year old brother now knows the difference between a Porsche and a Ferrari and a Corvette.
After endless days of racing hotwheels cars, fieldtrips with me and Drew, swimming, and Motorsport on Xbox, the first day of first grade was here before we knew it. 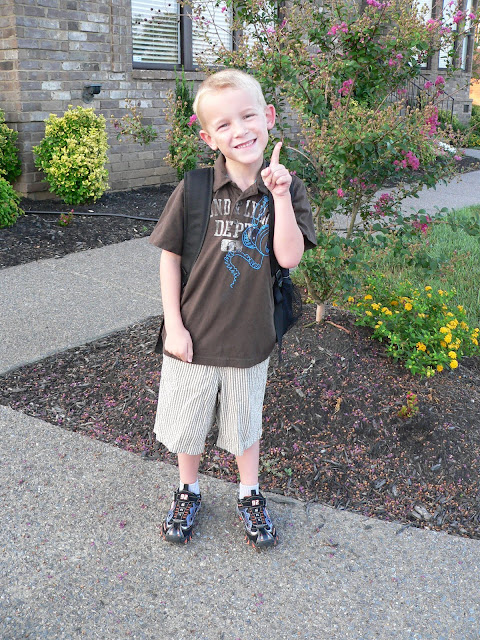 first day of First grade
Thanks guys for the best summer ever.  ﻿
Posted by House of Sawyer at 10:04 PM No comments:

This year's trip to the beach was a little 'off.'  Last year we had the oil spill to throw us in a loop.  This year, well, we had several things.

First, a few days before we were to hit the road we found out Pops wasn't going to get to go with us.  This was sad news for us.  And really sad news for Pops.

We had planned to leave on Friday afternoon after swim lessons and drive half-way, but Grant started feeling sick.  He had a fever of 102 and a severe headache.  On top of that, Drew was saying that his ear hurt.  Motrin and a nap did little to no good for Grant.  We opted to wait it out and leave on Saturday

The kids woke up the next morning feeling a bit better.  Grant was feeling a lot better actually.  Drew was "ify" so we pumped him up with some Motrin and hit the road.

The trip wasn't too bad.  The boys watched probably no less than 6 hours of DVD's and Drew took about a 1 hour nap.  No need to document any more of the treacherous detail (yes, I could keep going).  Let just say I took Drew to a walk in clinic on Sunday and was diagnosed with an ear infection.  He didn't feel better consistently until Wednesday.  And, it was the worst ear infection we have probably ever endured (and we've endured a lot!). 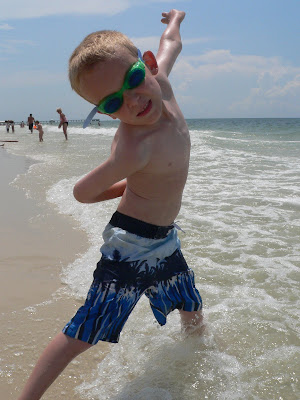 Grant showing off his "muscles". 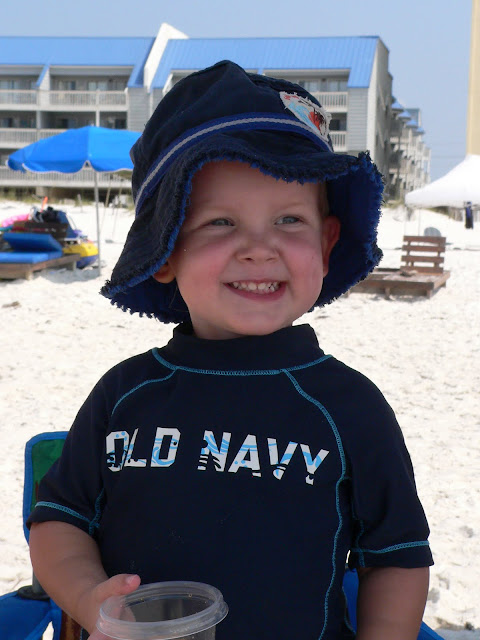 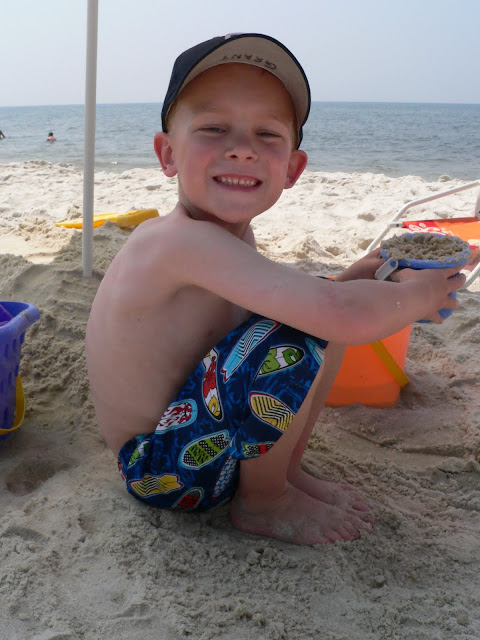 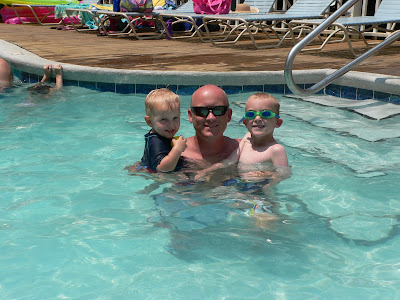 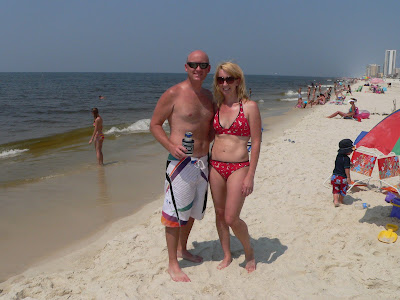 Yeh!  A pic of mommy and daddy. 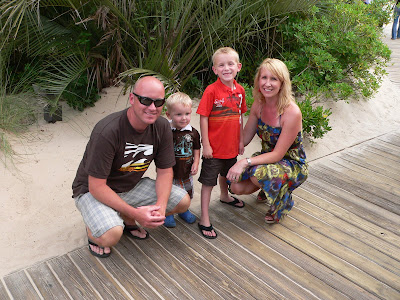 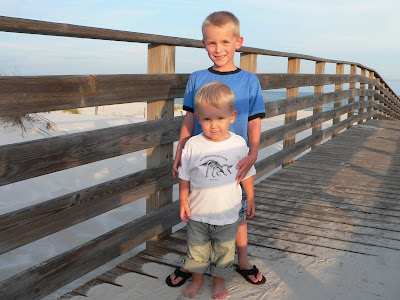 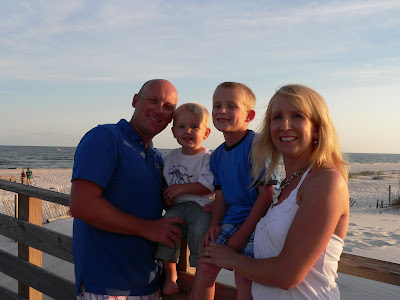 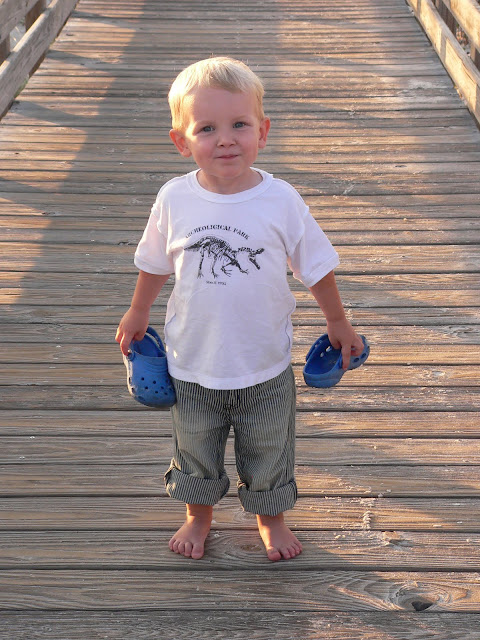 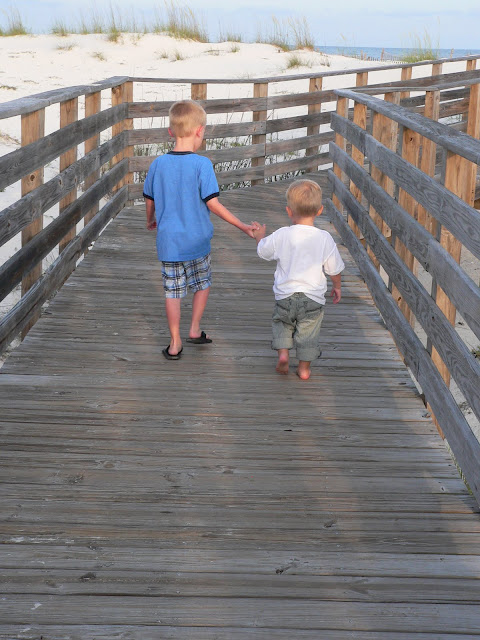 ﻿
The kids ask at least once a week when they can go back to the beach.
Posted by House of Sawyer at 8:32 PM No comments: