Milestones are coming way quicker than I can keep up with these days. 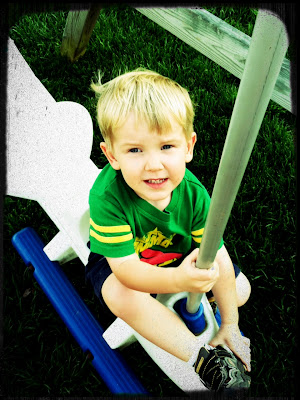 Drew turned three and he's sweeter than ever. His number one question is "Mommy? What cha' doing?" He'll ask me this many times a day. It's his little way of starting a conversation with me as usually we are in the car or at home when he asks. 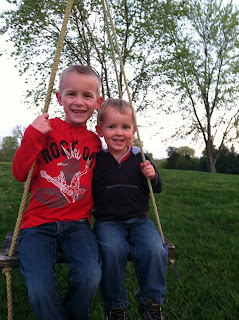 We moved him to his big boy bed just a few weeks shy of his third birthday. We started of with it on the floor to get him (and me!) acclimated. Then put it on the frame the day of his birthday. He has done wonderful in it and has yet to get out of it on his own. He still waits for one of us to get him up in the morning. He's had some nap resistance mainly consisting of a weak effort of "I don't want to take a nap" and "I don't like this bed." But, once I get him in bed, he's still taking good naps. 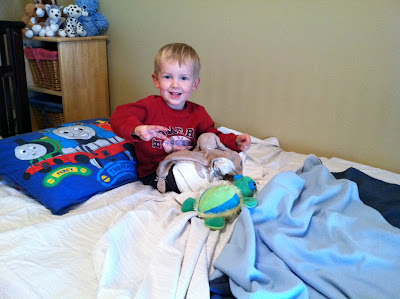 Occasionally, our busy days don't allow for his typical nap time. Funny thing is, he will find a way to still work it in himself. We found him in the late afternoon on Easter asleep on the couch clutching his chocolate bunny. 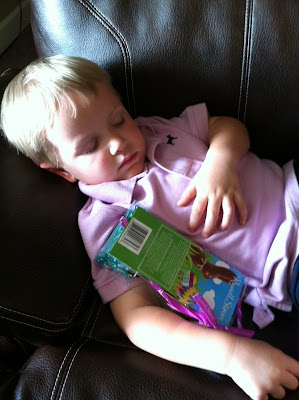 We just took down the baby swing as well. Bittersweet day for mommy. Lots of excitement for Drew. 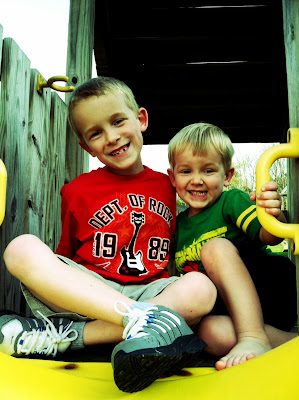 We have mastered potty training. Number one at least. He is most often dry when he wakes up at night as well as nap time. After bribing him with the world and more, he still requests a pull up for number two. This aggravates the you know what out of me. I've decided that it's best for both of us if I just go with the flow. Sooner or later he will decide he can do it. And as promised, we will buy him a Skylander. 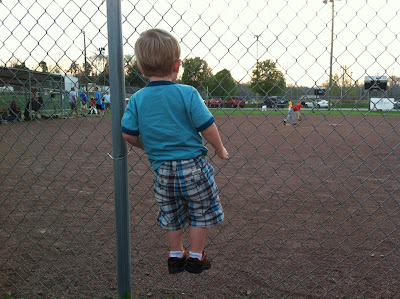 His best friends are Grant's best friends. He gets ecstatic when one of them comes over to play. He follows them around, wrestles with them, and copies whatever they do. While Grant is at school, he even asks me if they can come over. I'm grateful that they, including Grant, tolerate him. He thinks he can do whatever they can do, and he pretty much can. 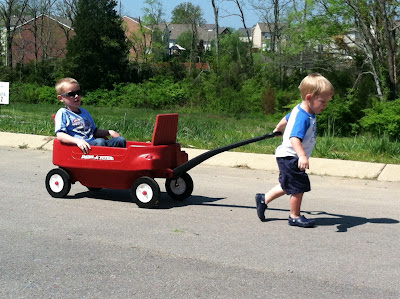 Grant got first at the annual Sawyer Easter egg hunt.  Guess who was second.  Drew. 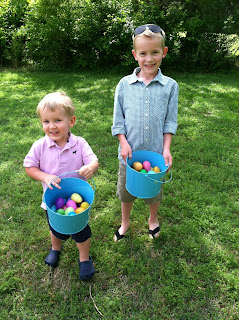