I've had trouble trying to come with a theme or inspiration for my Christmas post. In looking back, I've thought there was nothing really special or significant that happened over our holiday-- except that EVERYTHING was special and significant.

1. It was Drew's last first Christmas. That's definitely a once in a lifetime experience. 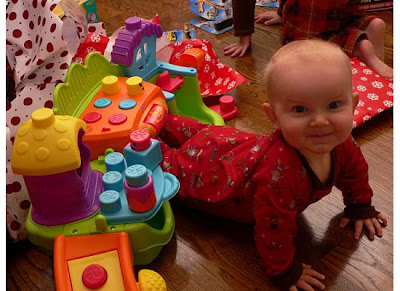 2. Grant was at the perfect age to experience the magic of the holiday. His only request for Santa this year was some measly dinosaurs. But Santa delivered that and more. And seeing Grant's expression when he realized he got a air hockey table was priceless. 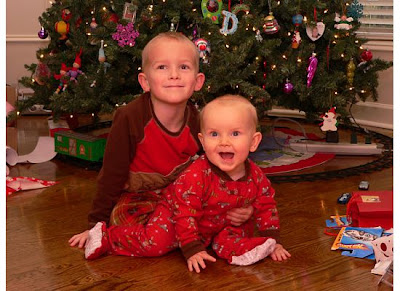 3. We stayed home on Christmas day for the first time EVER. Up until recently, Danny and I were like Vince Vaughn and Reese Witherspoon making our Four Christmases rounds. And one year we even added a sub-freezing Titan's game in there. This year we stayed in our pajamas all morning, enjoyed opening presents at our leisure, made ham and cheese omelets with toast, and hosted no less than 38 family members at our house for lunch. Yes, THIRTY-EIGHT. It was totally worth it. 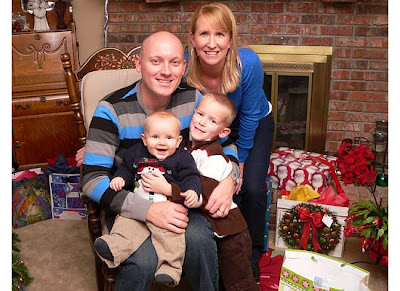 4. I got a Flip Video camera. Danny surprised me with this incredible piece of technology that may change this ordinary scrapblog into a state of the art videoblog. Well, I wish.

The weekend before Christmas we were all laid up in bed with a stomach bug and Drew with serum sickness to boot. It was not a pretty sight. It's hard enough to be sick, but to be sick and to take care of two sick children at the same time is just downright awful.

Just a few days after we recovered, I learned that my dear friend's 2 & 1/2 year old niece was diagnosed with cancer. Hearing the news made our sick weekend look like a tiny blip on the radar as compared to their journey. They were and are constantly on my mind.

All making this a very special and significant Christmas.

I wonder how much Wilton makes on these gingerbread house kits each year. Totally worth it though. 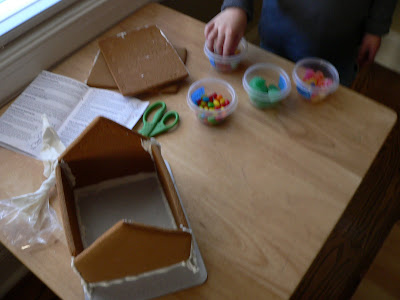 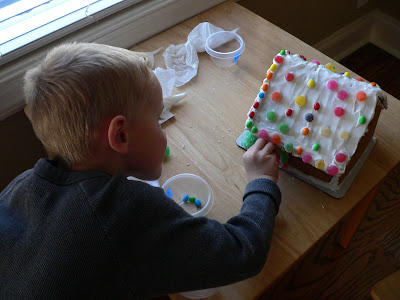 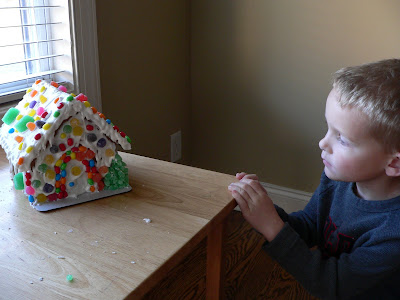 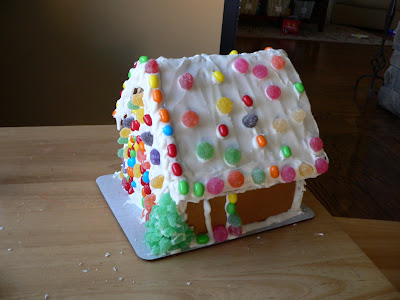 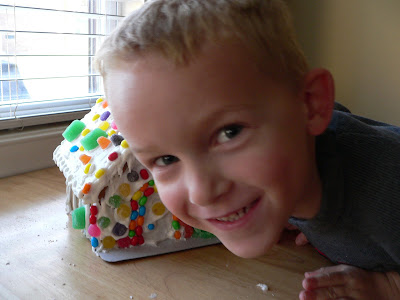 Posted by House of Sawyer at 9:13 PM No comments:

With Christmas less than 2 weeks away, I've figured I better get around to my Thanksgiving post.

Lots of casseroles covered in cheese, 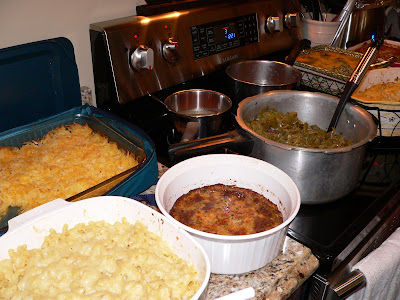 Our first time hosting in our new house, 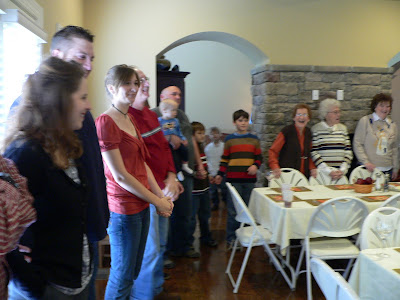 And for a brief moment as guests were arriving, we lost Drew.

I was in the kitchen admiring the cheese covered casseroles when my parents came in asking where he was. I had left him in the living room playing on his belly, and I just assumed someone had picked him up. When we realized nobody had him, we searched around and found him on the other side of the fireplace. He had quietly scooted backwards and around the corner of the room.

We caught him with the cutest little look on his face. 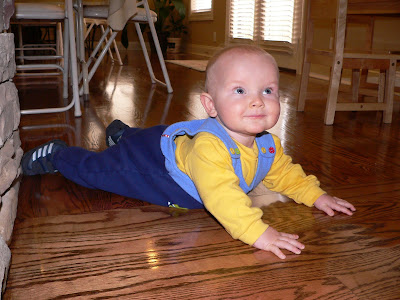