After our first trip to Disney World last year, we hadn't planned on going back anytime soon. But, when you tell your kids you're leaving them behind while mommy and daddy go to Costa Rica for a week (hello 15 year anniversary), you make it up to them by promising to take them to Disney World.

We had planned to have a more relaxed trip this time... less time waiting in line at the parks and more time relaxing at the pool. However, when a 3 day pass is basically the same price as a 5 day, well, you go ahead and get the 5 day pass. Park hoppers and water park fun? Go ahead and add that on too! 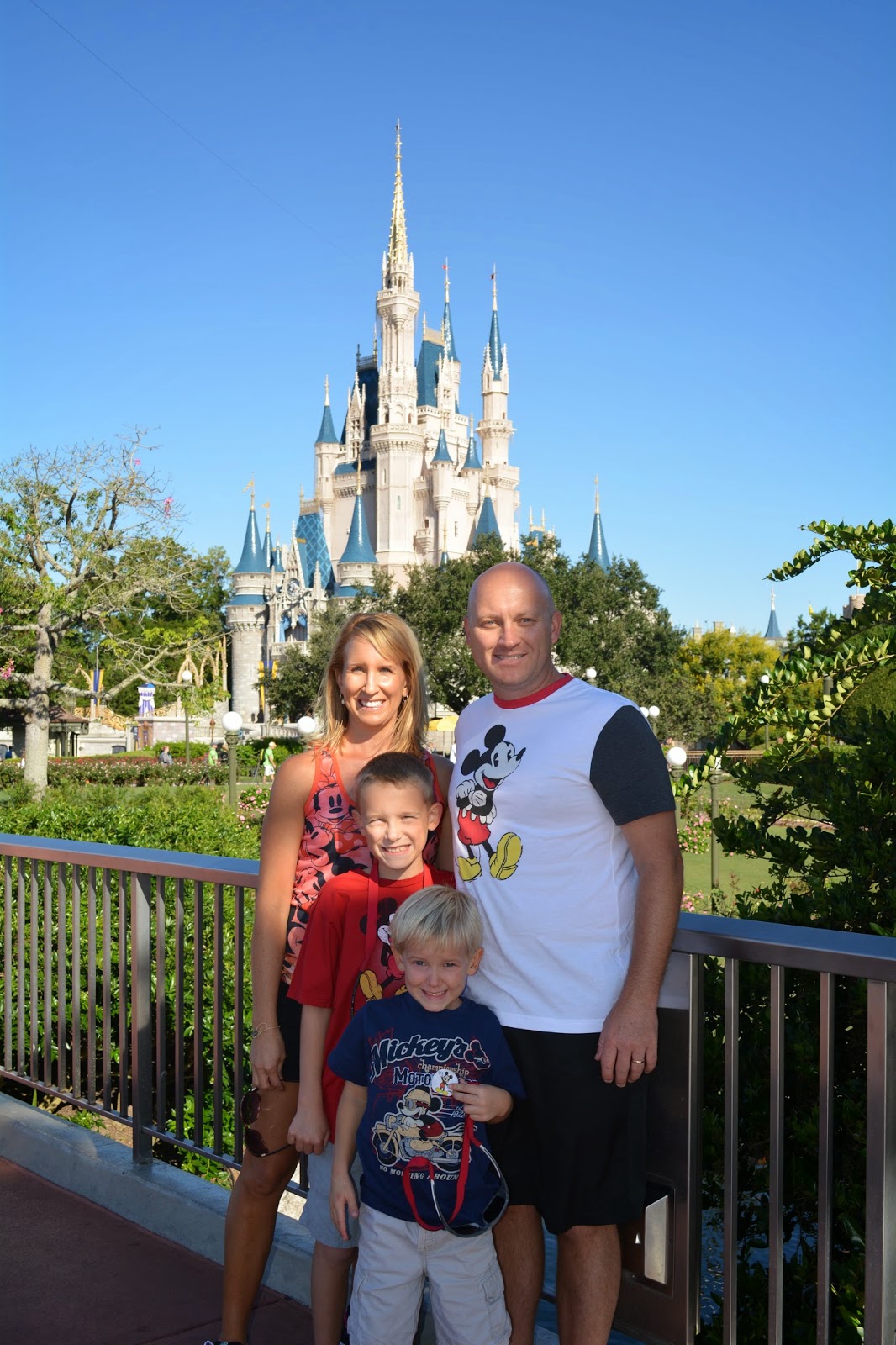 We had exactly 6 hours of relaxation. However, our days at the parks we shorter and therefore easier and packed with fun. We still had lost of firsts.

Drew's first time on Space Mountain. He had been looking forward to that one since last year. 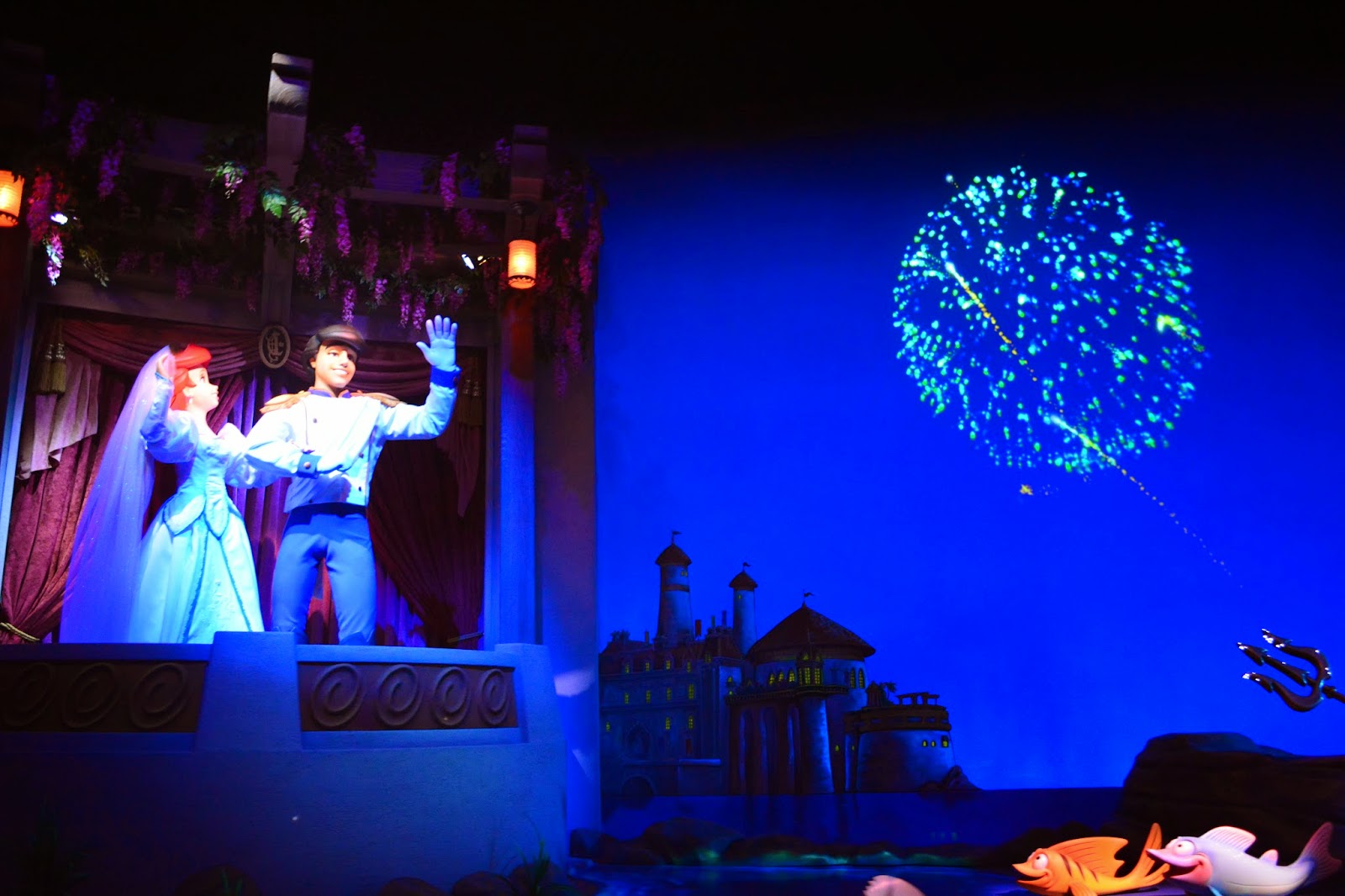 First time on It's a Small World, It also didn't make the cut last time. 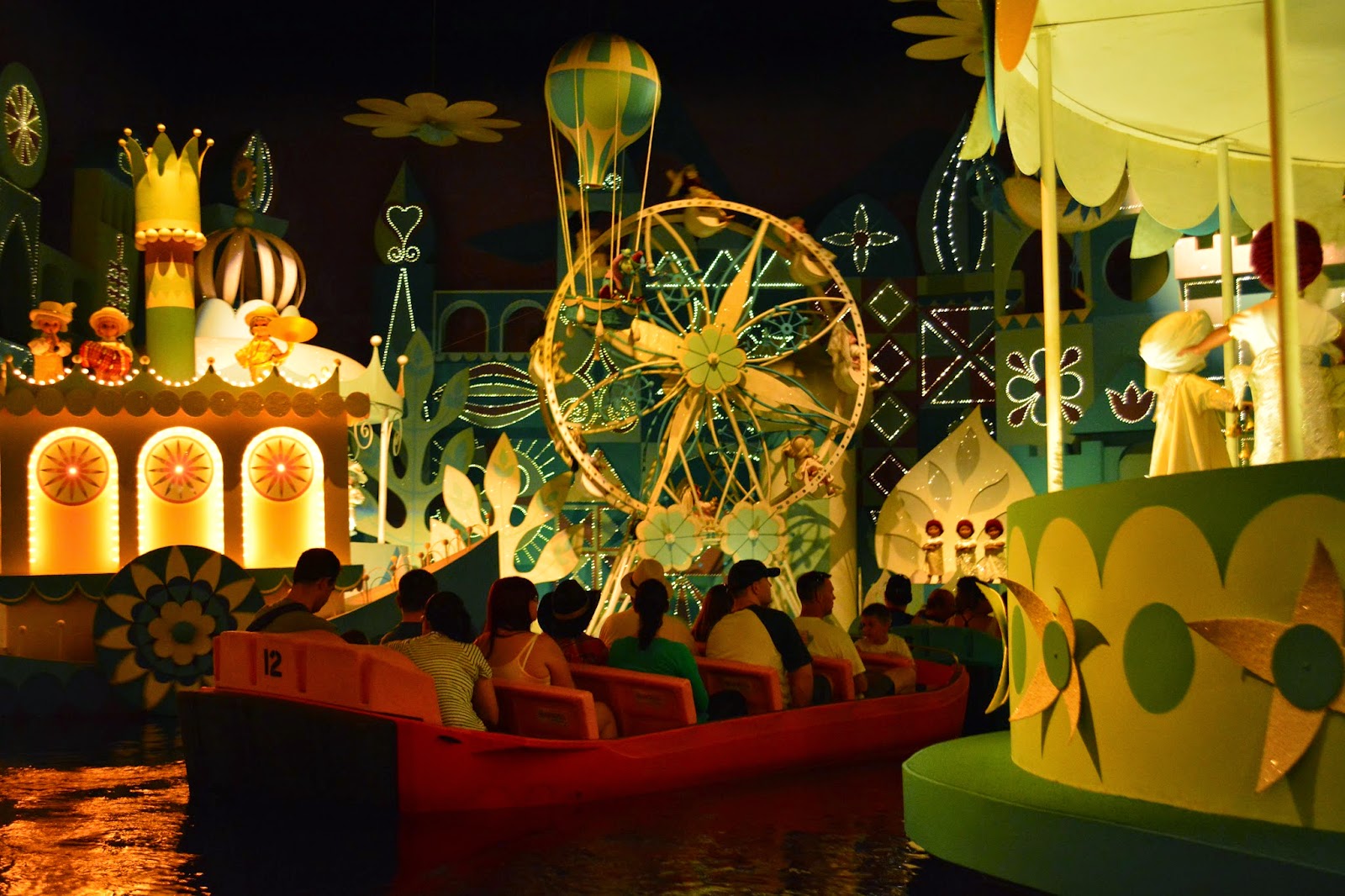 Our first parade. This was one of our favorites. 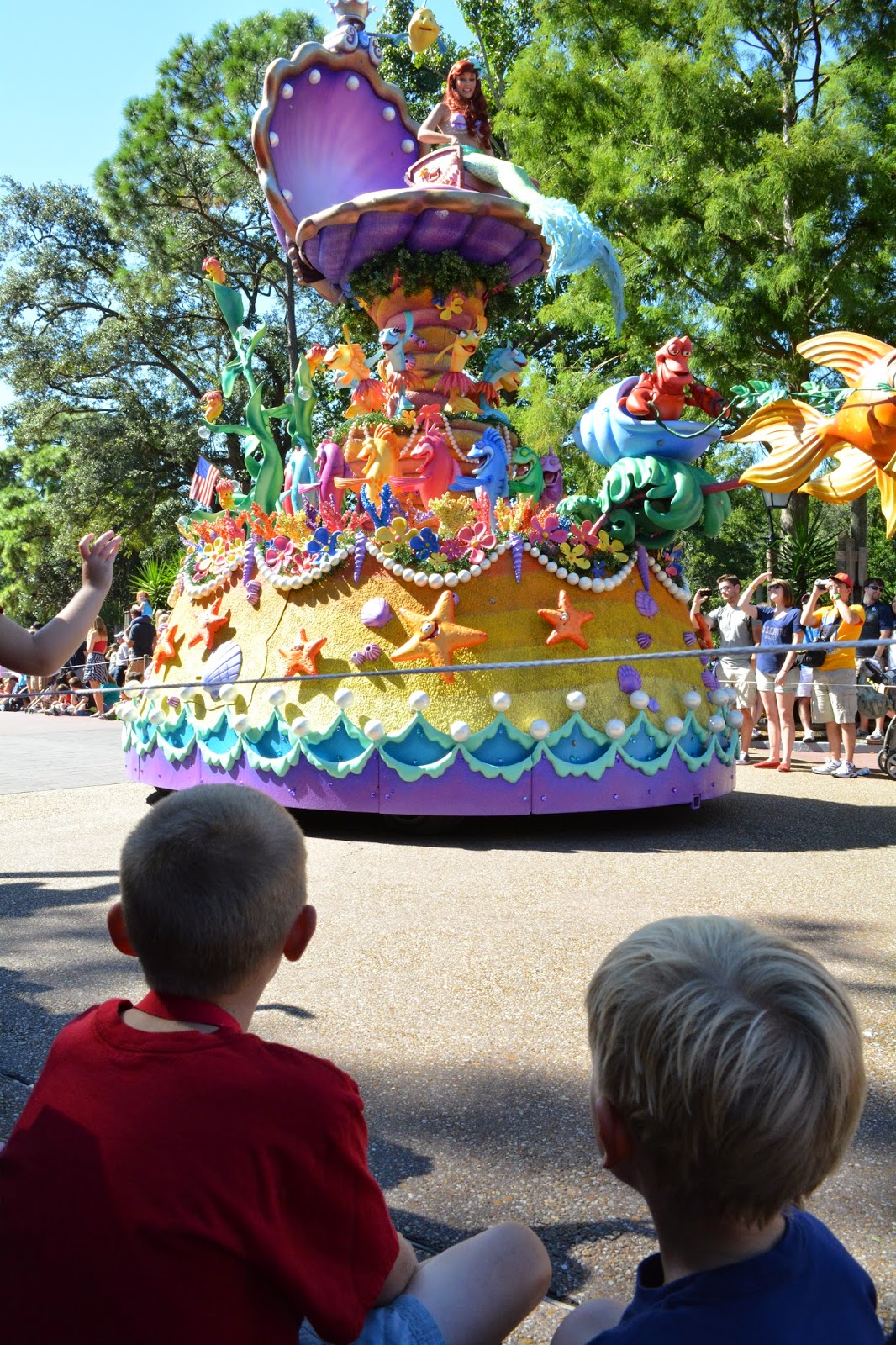 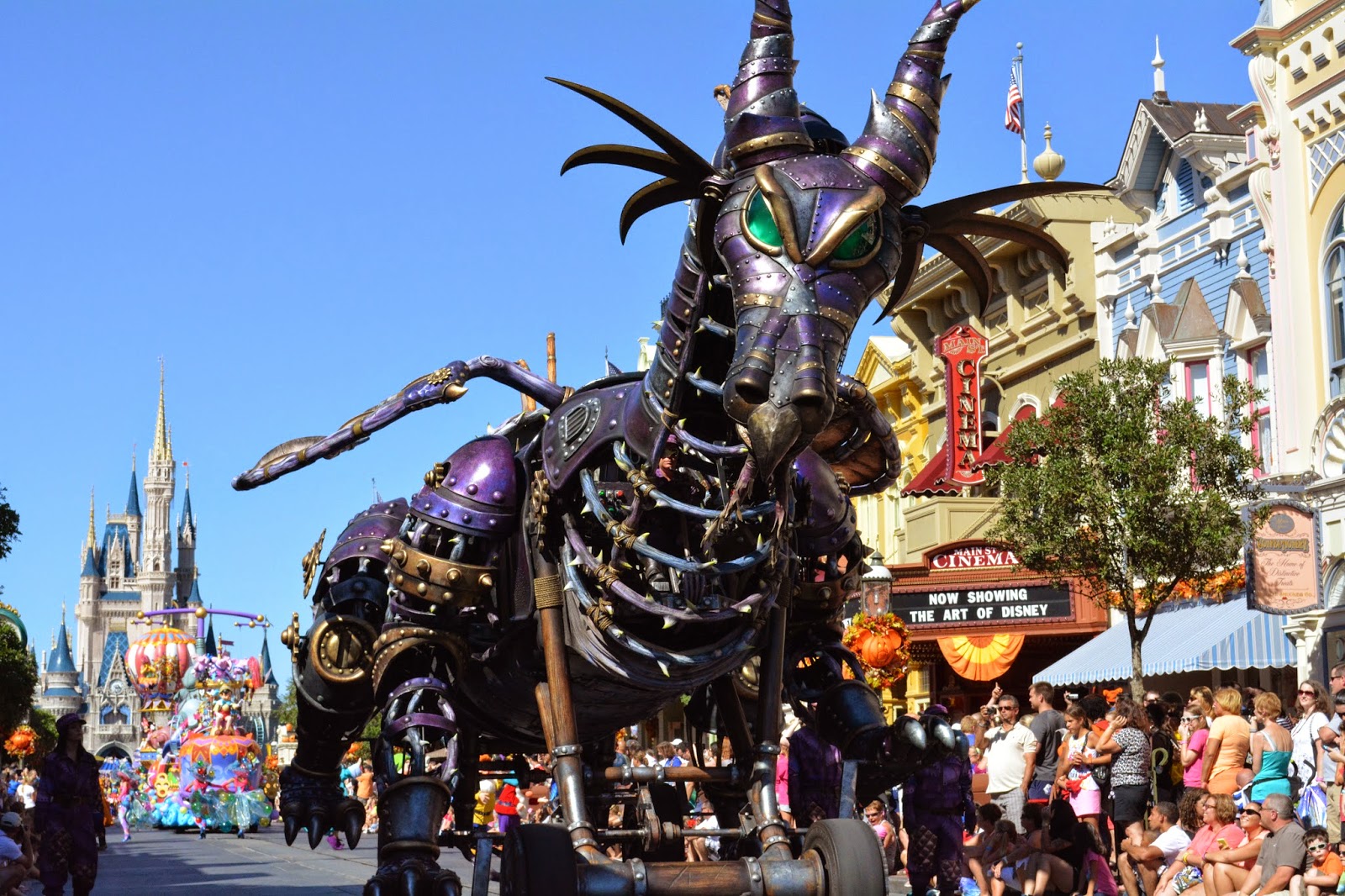 A quick morning at Hollywood Studios... we rode Toy Story Mania twice, Rockin' Roller Coaster twice, and I got Danny on Tower of Terror. 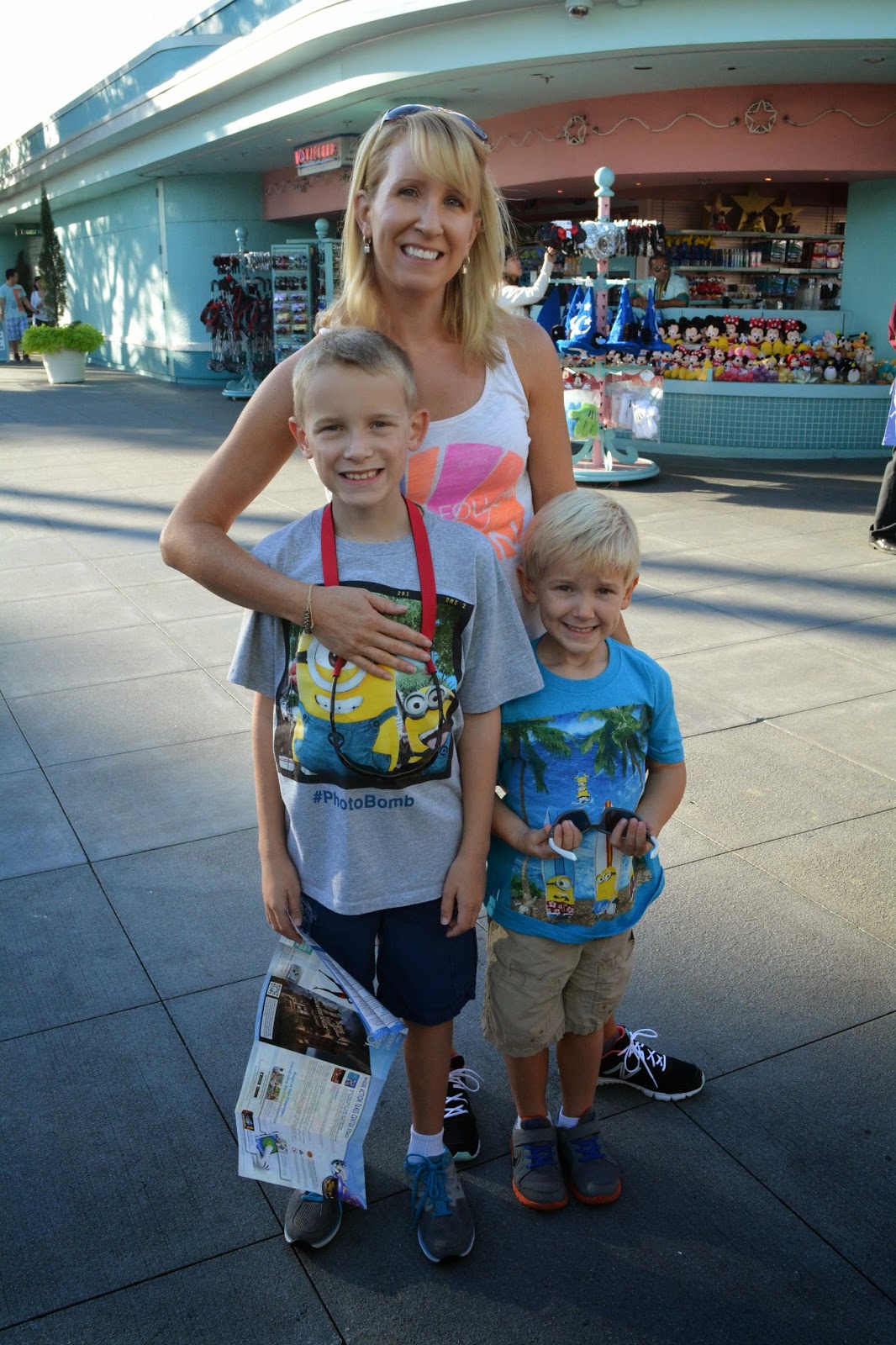 Mimi stayed with the boys that afternoon so Danny and I could go to the Food and Wine Festival at Epcot. Another first... hanging out at a Disney park with no kids. 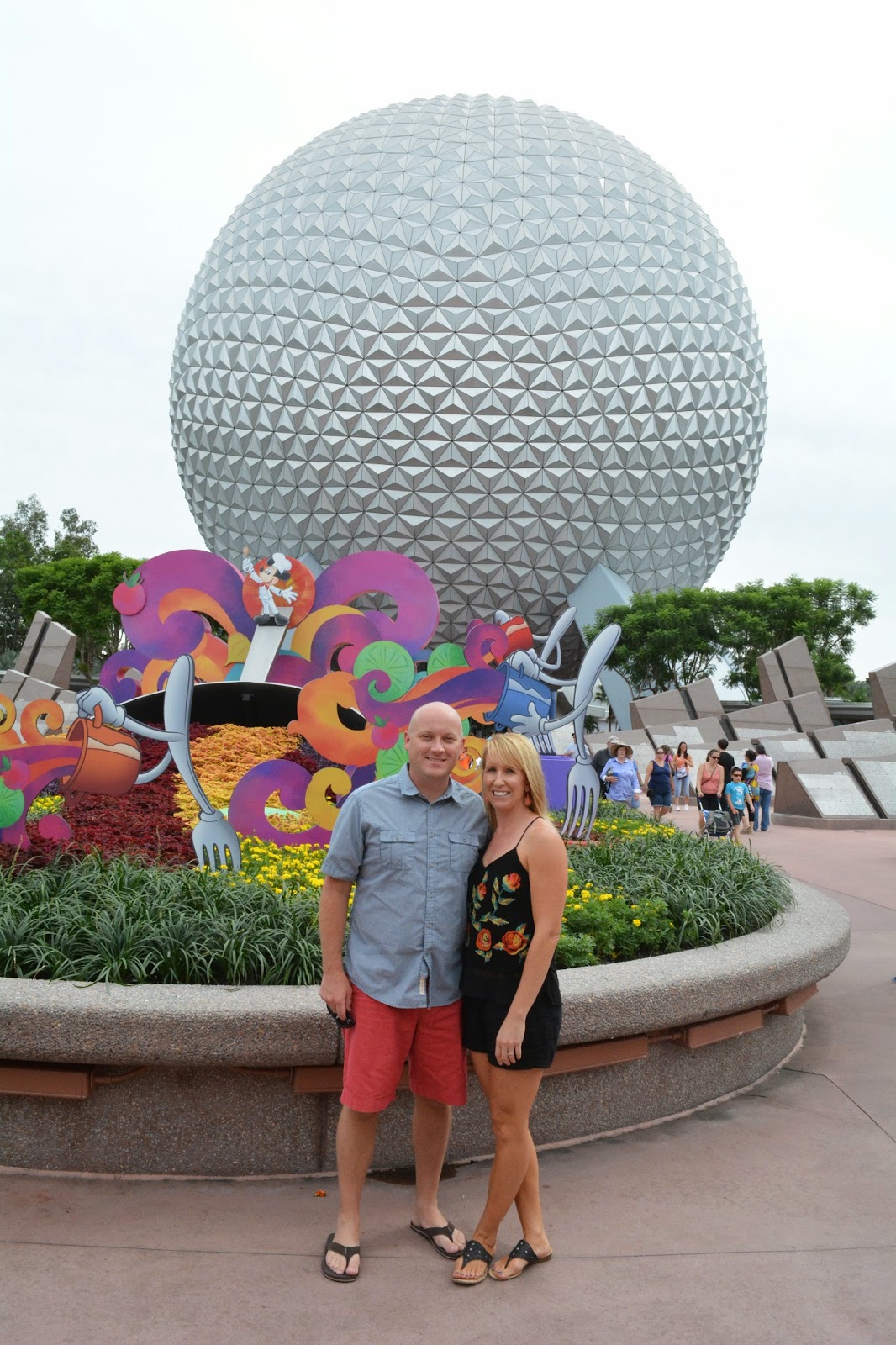 Small bites and beer tastings around the world. Yes, please! 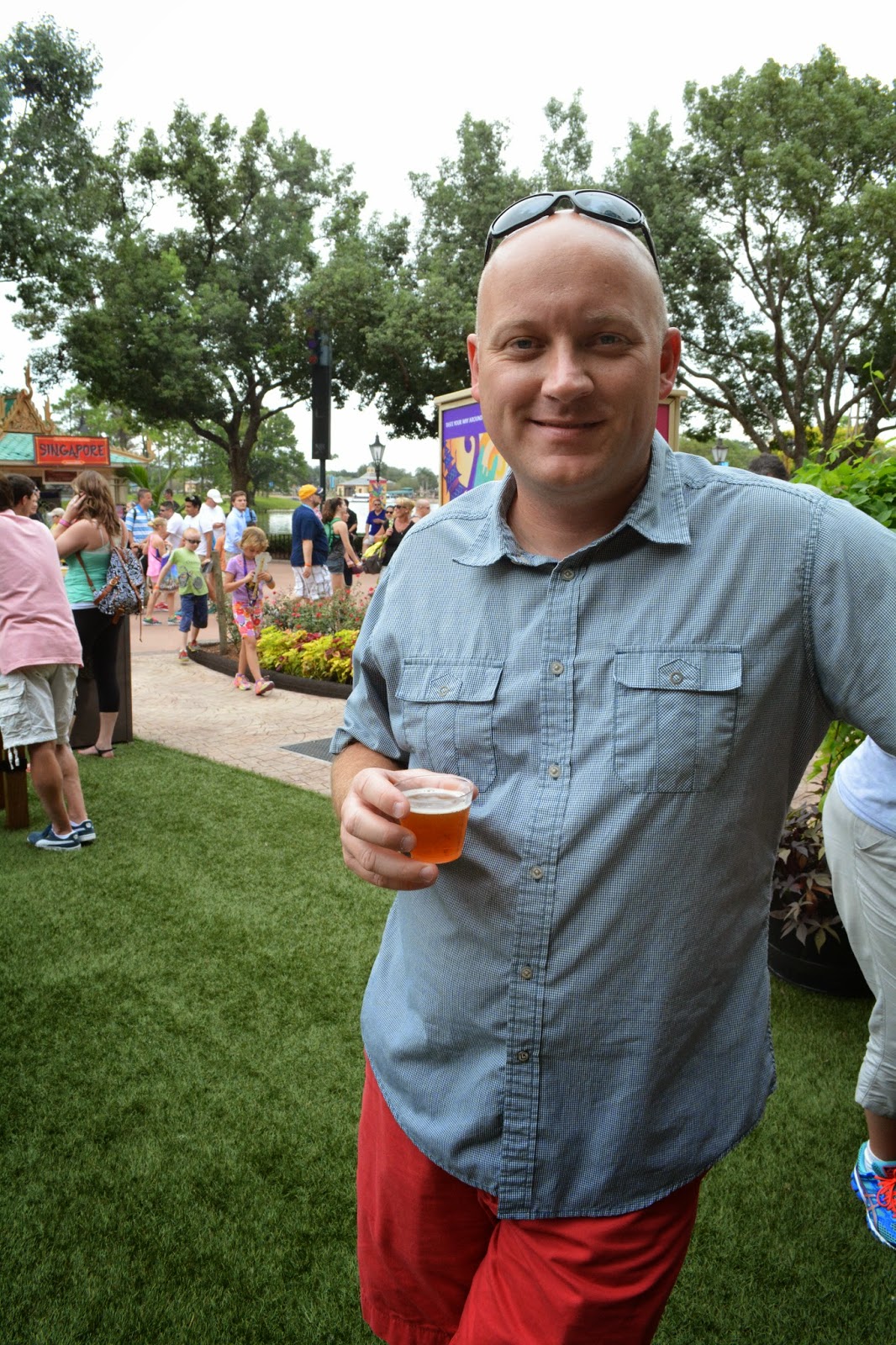 First time at Blizzard Beach... We loved it! Well, except for Grant. He didn't want to do anything. If he can't research it and think about it for 6 months, then he's not going to do it. I thought we did enough research for the water park, but apparently not. He did enjoy the obstacle course though, and Drew loved everything he was big enough for. I'll never forget riding with him on the chair lift and him screaming the entire way down Teamboat Springs. What a blast! 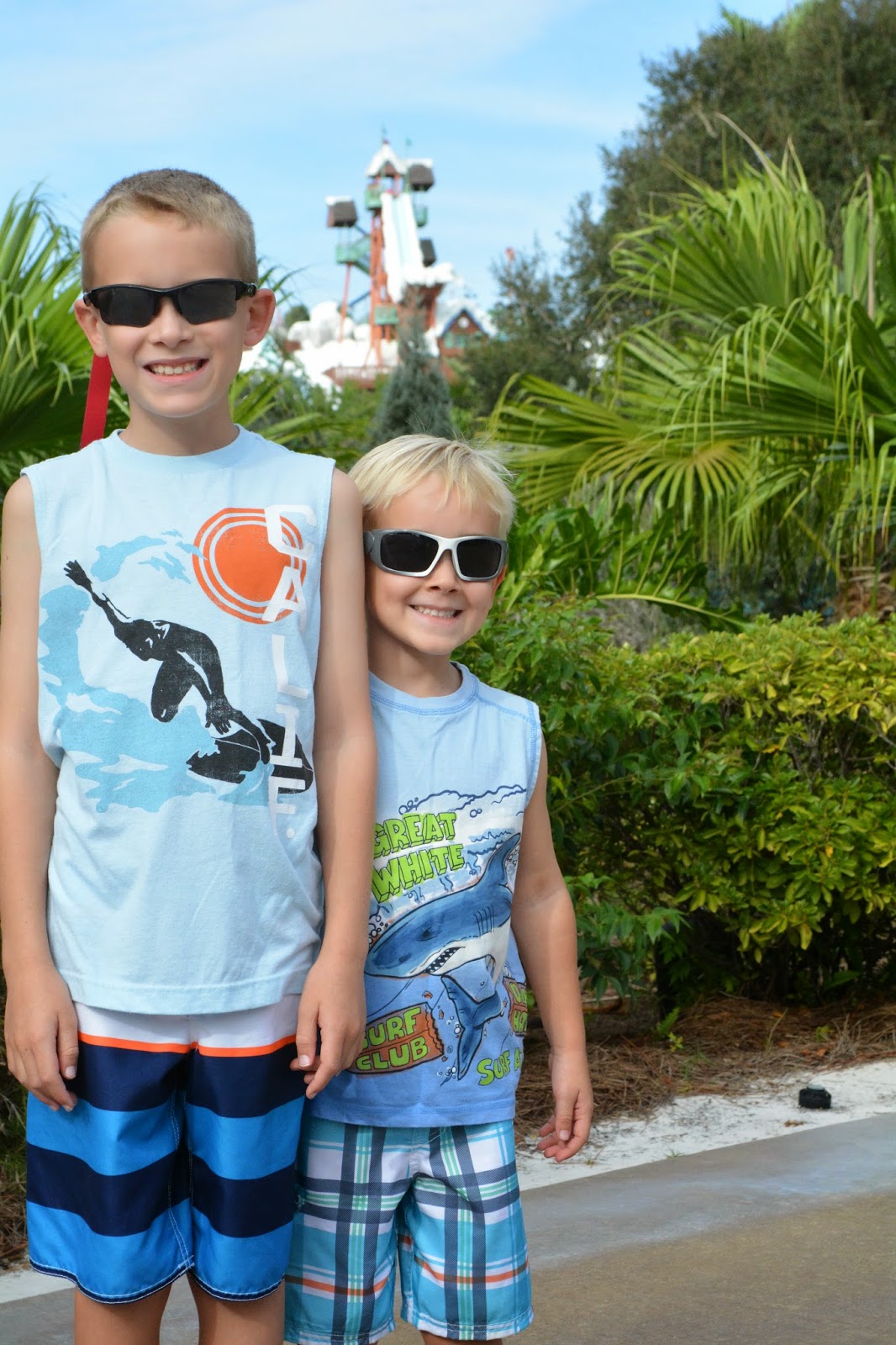 After a relaxing day at our resort on Wednesday, we stuck to the plan and headed to Magic Kingdom that afternoon. Our main goal was to see The Main Street Electrical Parade (another first), but I took advantage of the FastPass+ system and scheduled 3 rides to enjoy while we were there. Needless to say, things did not go as smoothly as planned. First, we had terrible luck with parking. Second, we got stuck on People Mover for at least 30 minutes on a very humid Florida night. Finally, we make it to Space Mountain with one minute to spare on our FP+ window, and Grant decides he has to go to the bathroom. That means I didn't get to ride it either. We were so behind, we didn't even make it to Peter Pan's Flight. Instead, we searched out a spot to view the Electrical Parade while Danny got us ice cream. Ice cream makes everything better! Thankfully, the Electrical Parade did not disappoint. 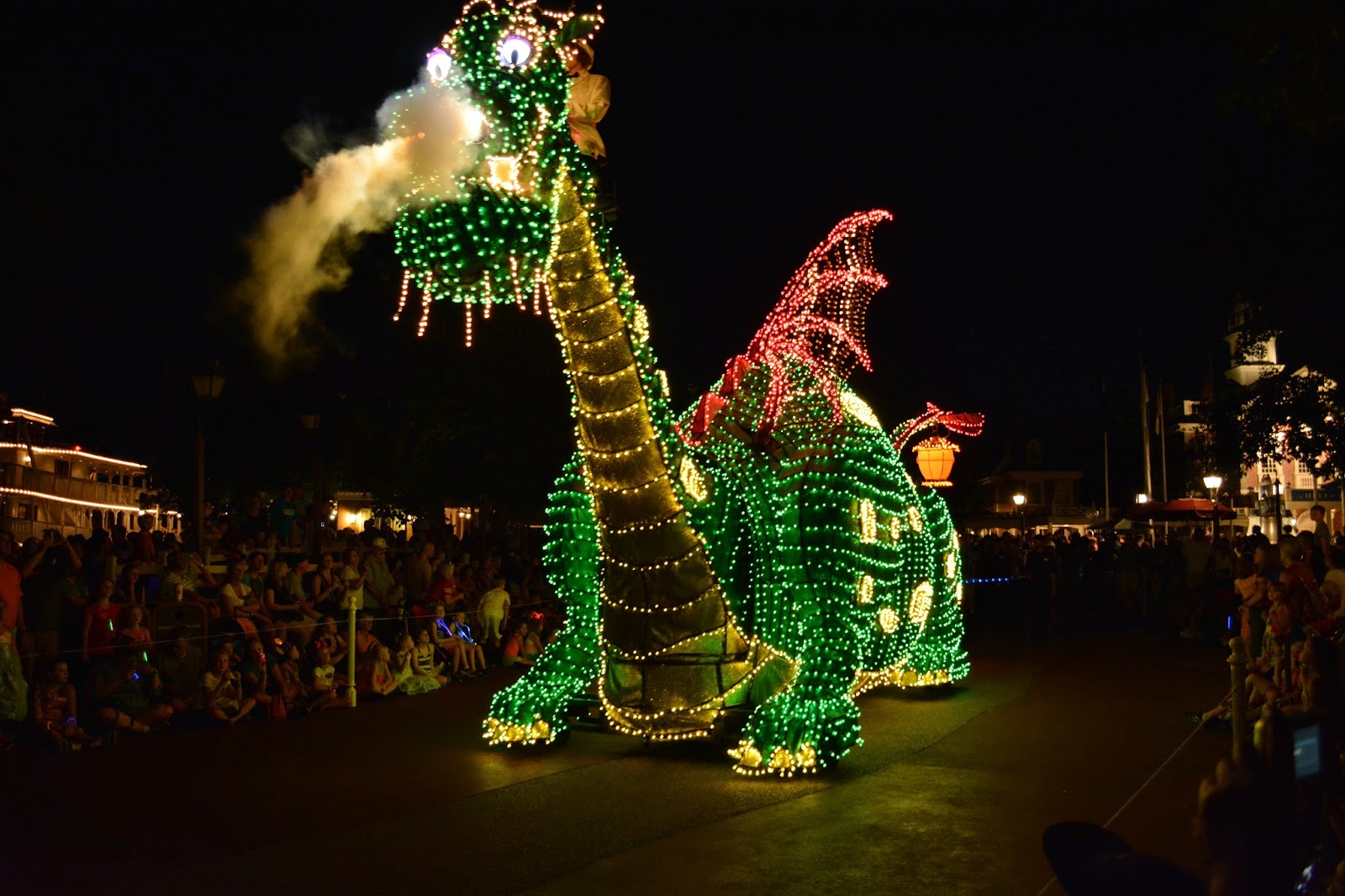 I also got two of my favorite pictures that afternoon in all of the chaos. These faces... 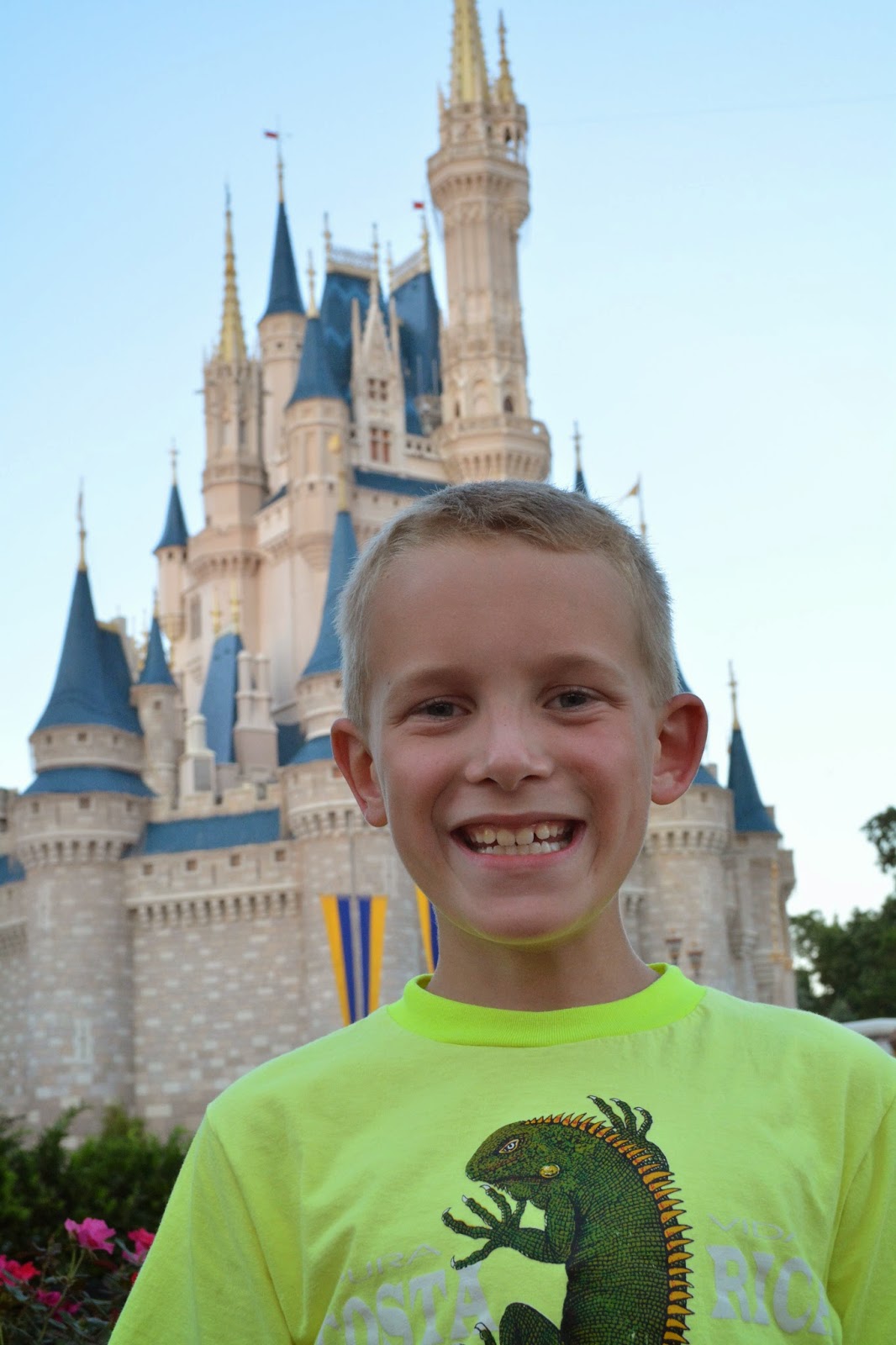 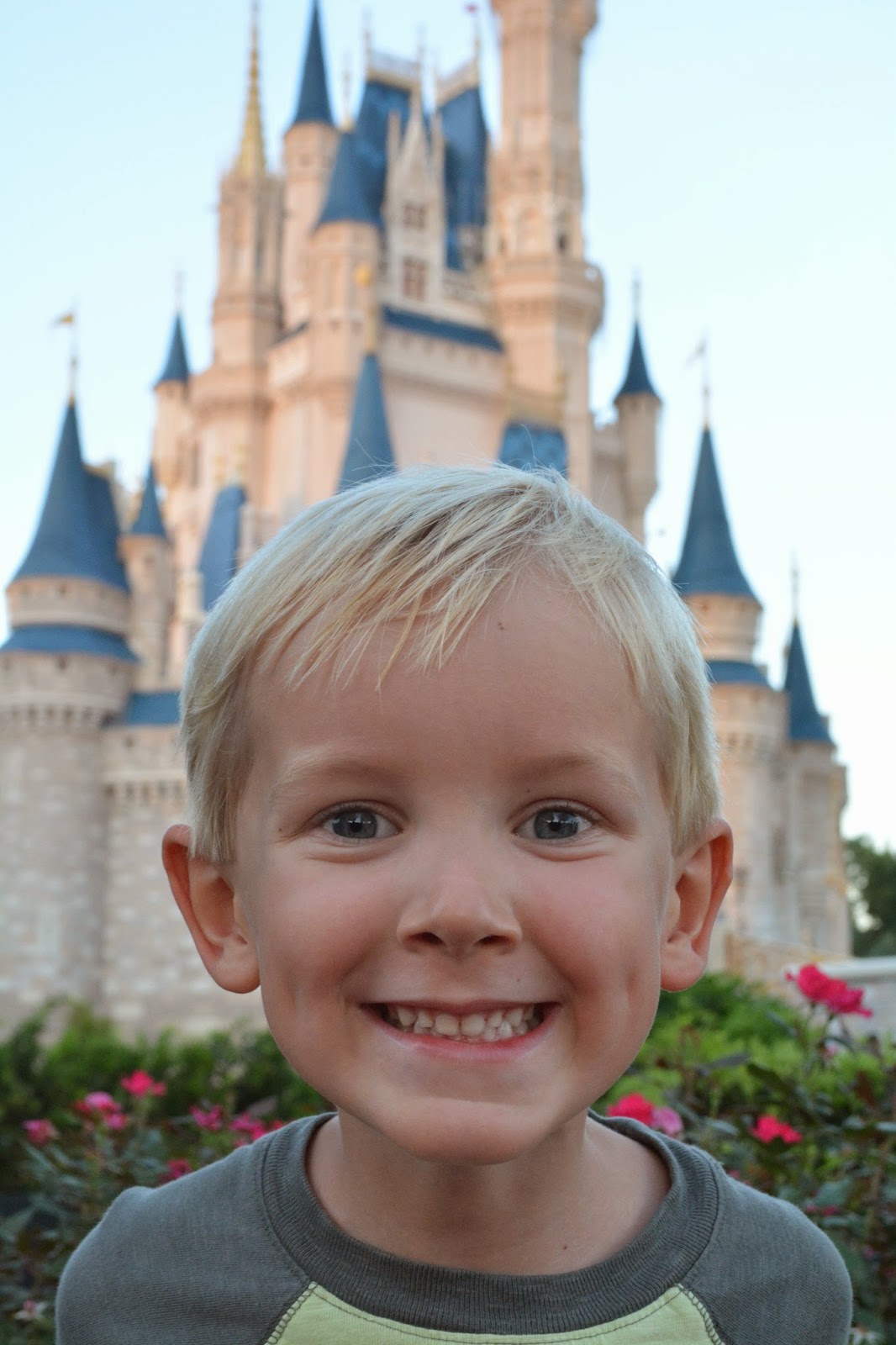 Thursday found us at Epcot with the whole family. We got all of our favorites in including Test Track x2, Soarin', and the boys were thrilled to do Agent P's Adventure twice. Drew was a brave guy and requested to ride Mission to Mars twice! I was the "lucky" one who got to ride with him.

Our last day found us back at Magic Kingdom. Unable to obtain a FP+ thirty days in advance for the new Mine Train, we headed straight to it at the park opening. The plan worked and we waited only 15-20 minutes in line.  As we were standing in line, I told the kids someday when they come back to Disney with their kids, they can say they rode the Mine Train the first year it opened. Not sure if they will want to ride it again though. It was over way too quick. They were less than impressed.

Many more firsts found us on our last day... we actually made it to Adventureland! We rode Pirates of the Caribbean , toured the Swiss Family Robinson Treehouse and visited Tom Sawyer Island.

Posted by House of Sawyer at 8:38 PM No comments:

My brother says I haven't been doing enough blogging lately. Hi ET!!!! So, here's my attempt at catching up a bit. 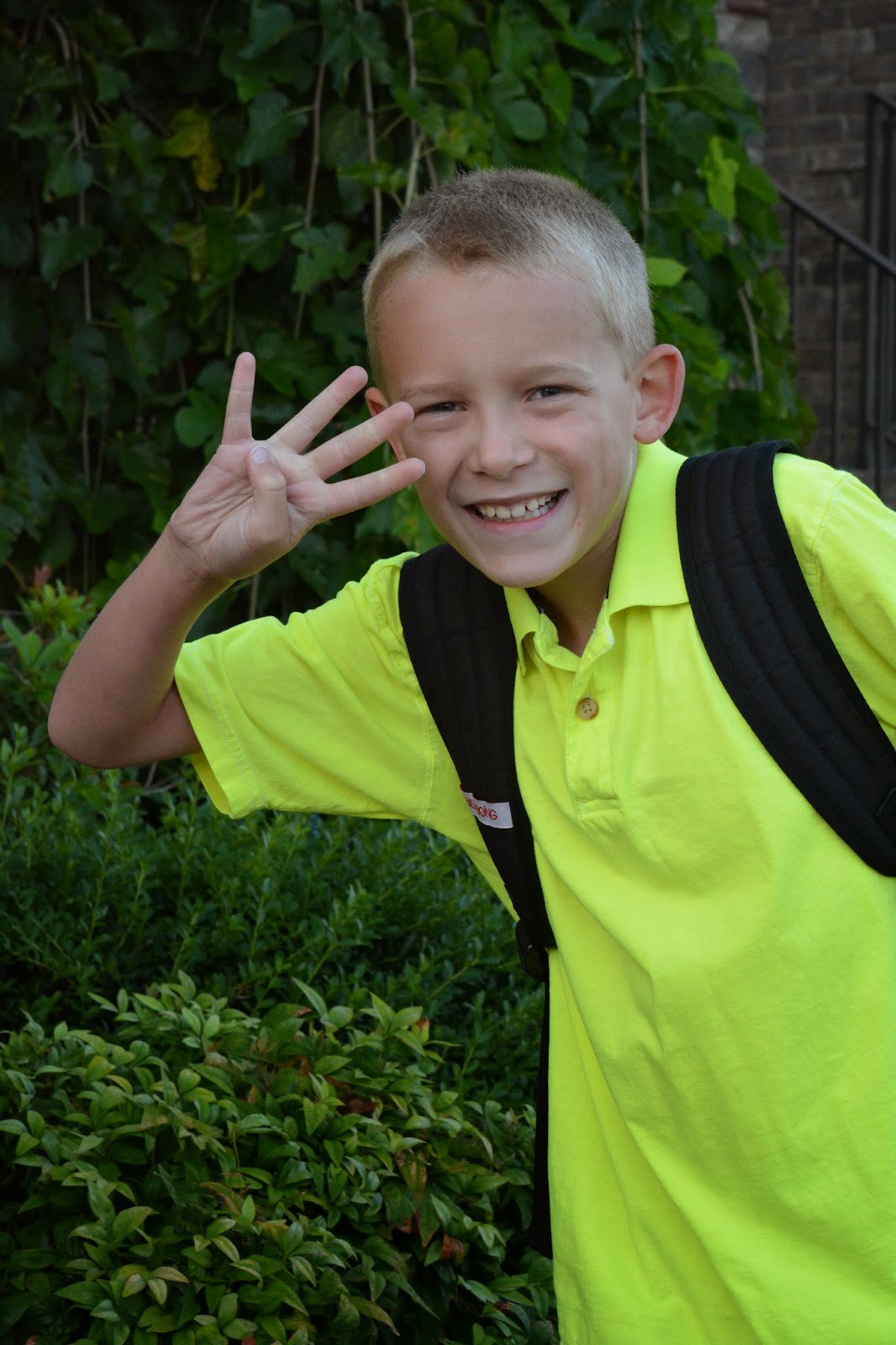 Grant started fourth grade and Drew started Kindergarten this year. Drew couldn't wait to go. Grant was not looking forward to getting up early and getting back into a routine. Actually, the first morning back, he was nearly in tears after trying to wake him. Yet, he came home that day saying fourth grade was pretty cool. 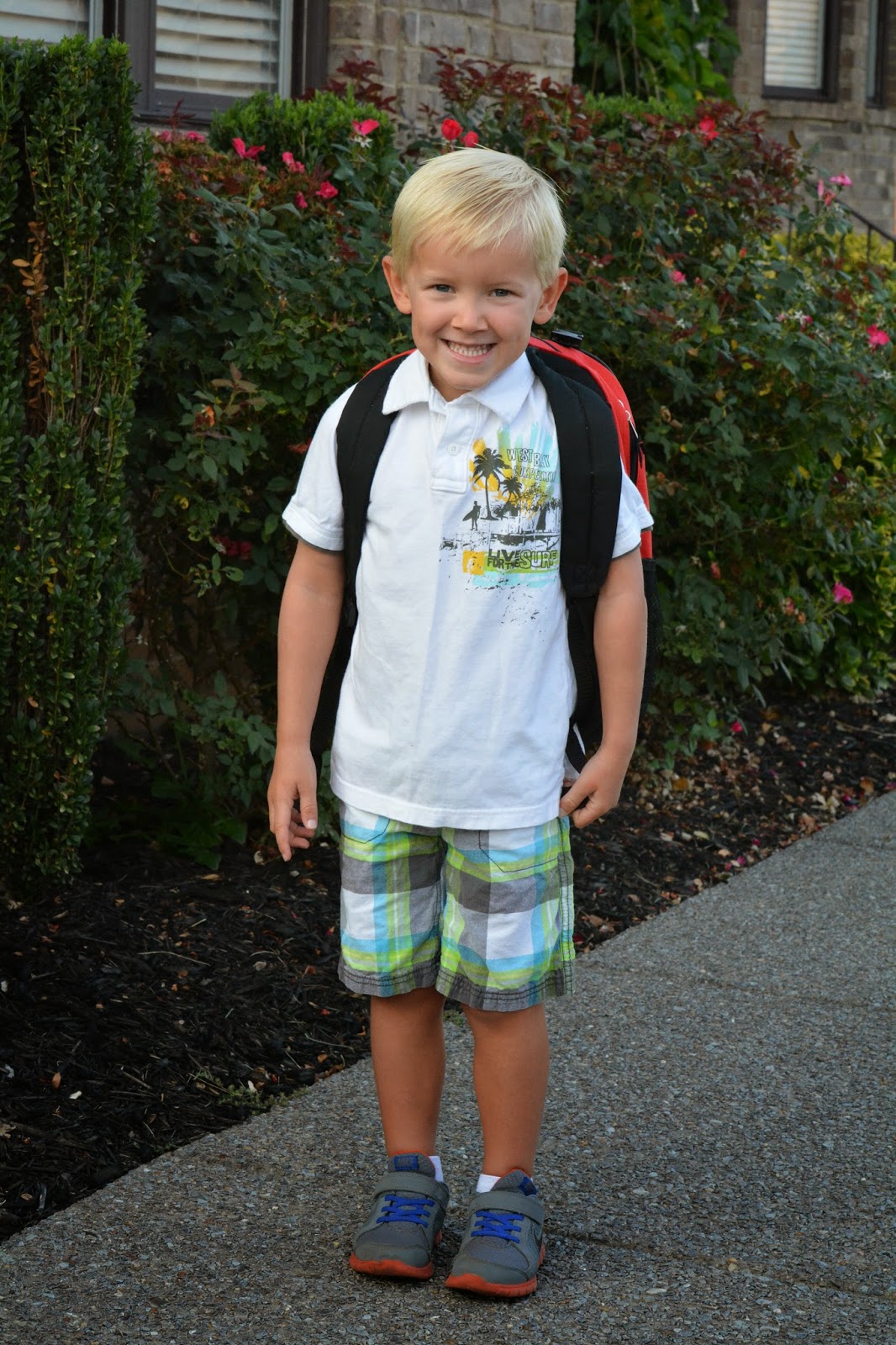 Drew did absolutely amazing with no tears. He had mostly been looking forward to riding the bus home with his big brother. 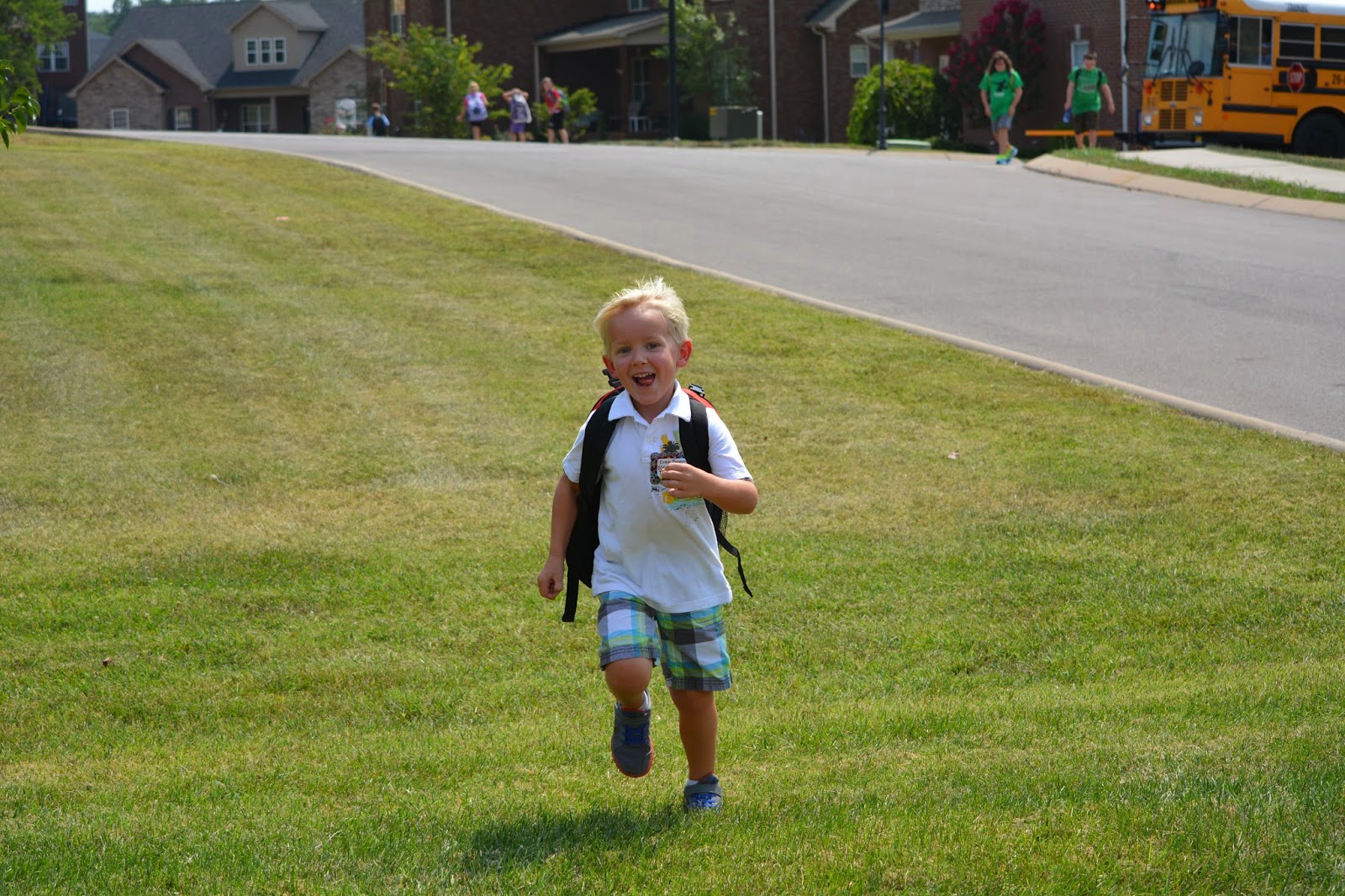 He says his favorite thing about Kindergarten is going outside for recess and eating lunch. His favorite special is P.E. and library. He's actually doing great being one of the leaders in his class. We are amazed at his reading level as well as his social skills. Recently when we attended a family night at school, every other kid we passed waved and said "hi Drew!"

Grants says his favorite thing about 4th grade is when the bell rings and the day is over. Despite this attitude, he's in the most advanced focus group. His favorite special is P.E. and library. He made Principal's list. Correction: he dominated Principal's list. He has become quite independent with his homework this year and typically completes it's all on the bus or at school. In his usual amazing big brother fashion, he always makes sure he sits with Drew on the bus.
Posted by House of Sawyer at 8:36 PM No comments:

Birthday parties seem to get more and more simple every year. And, I'll admit it. My blog posts do too, but I'm determined to keep it going for the sake of memories.

For Grant's 9th, we celebrated at the movie theater. He invited his best friends. We saw Walk with Dinosaurs. We ate cake. 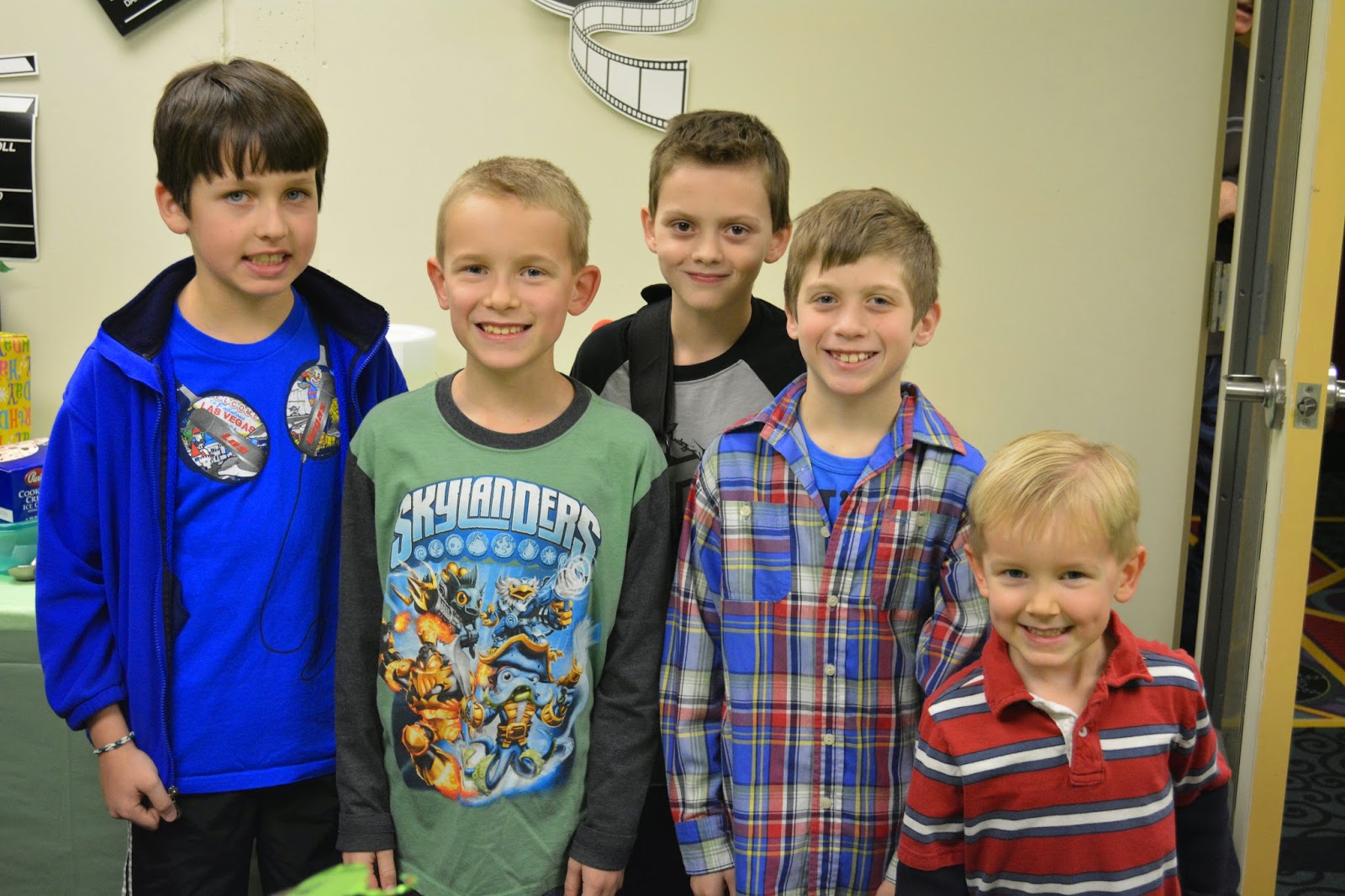 For Drew's 5th, we partied at the bowling alley. He was beyond thrilled to have all of his buddies from school there as well as Grandparents and cousins. Then he had a baseball game on his birthday 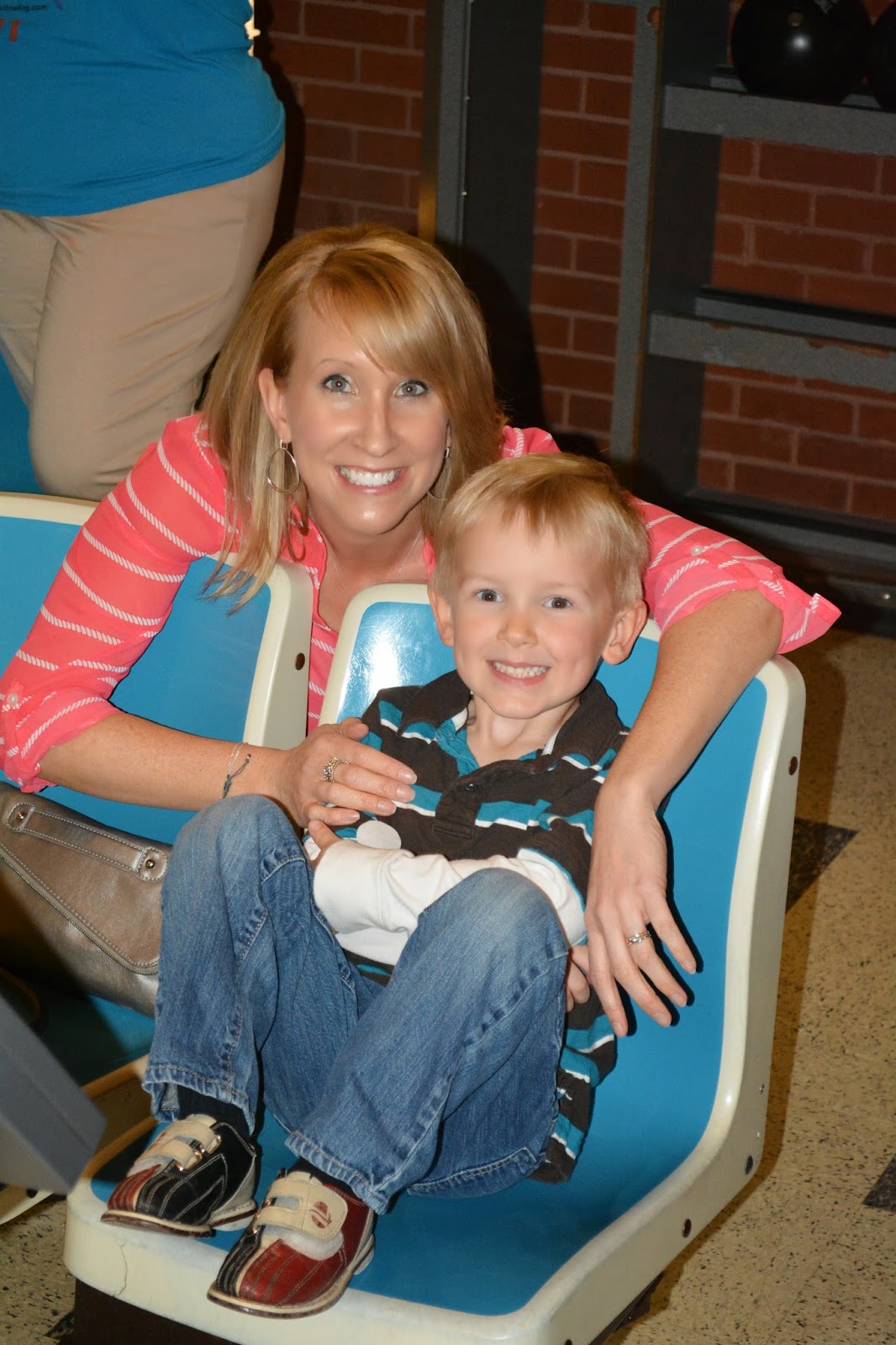 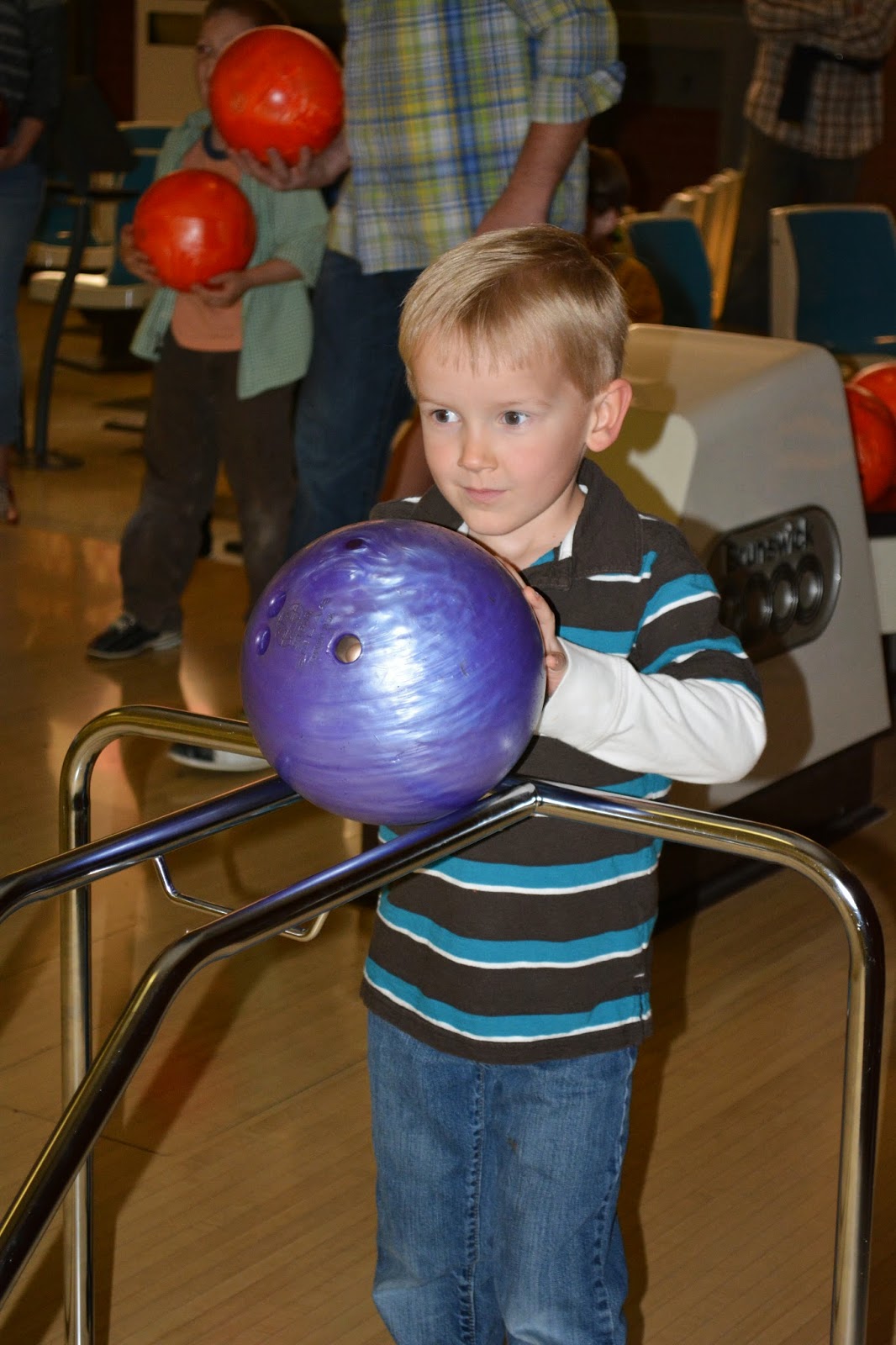 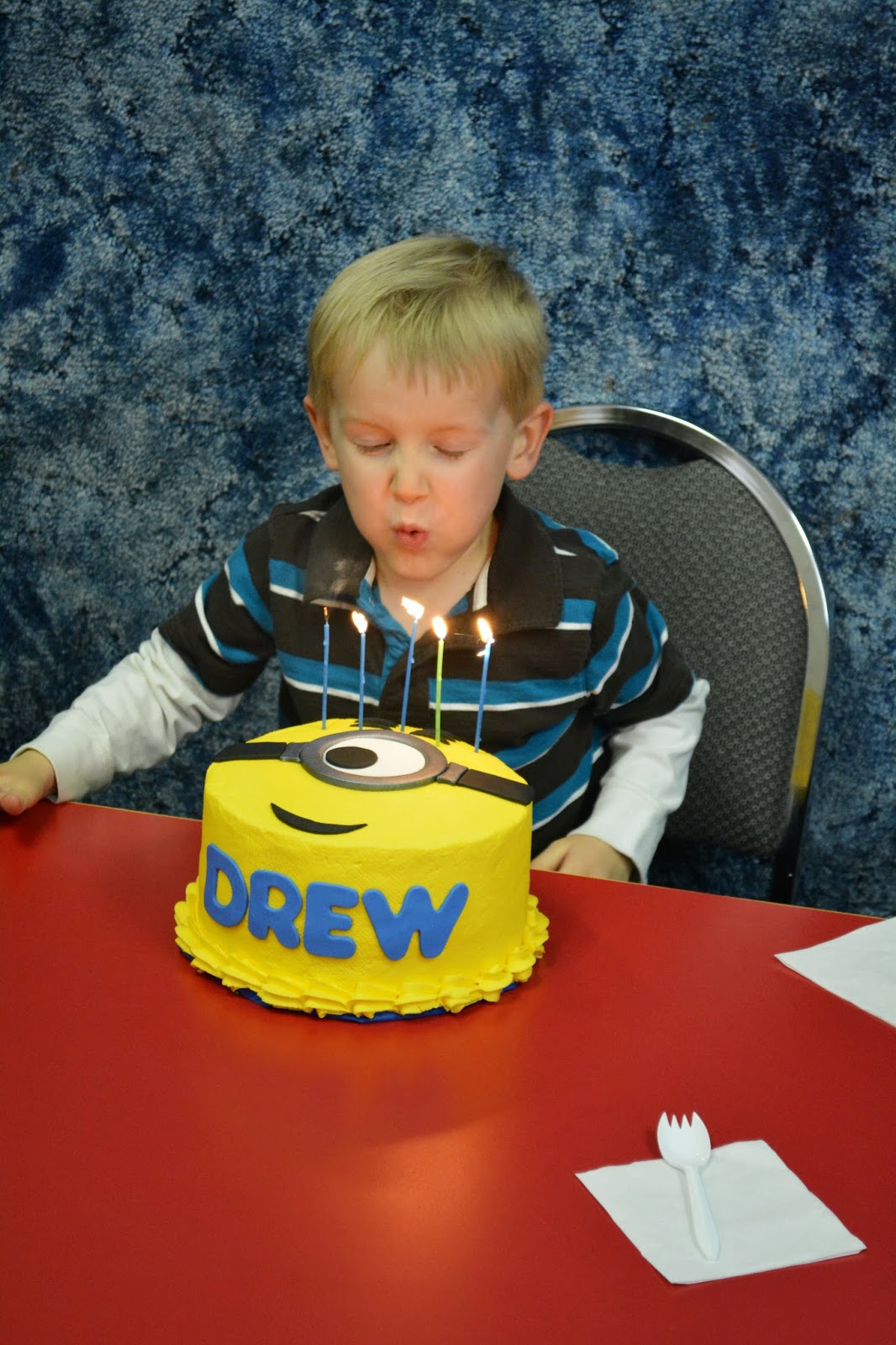 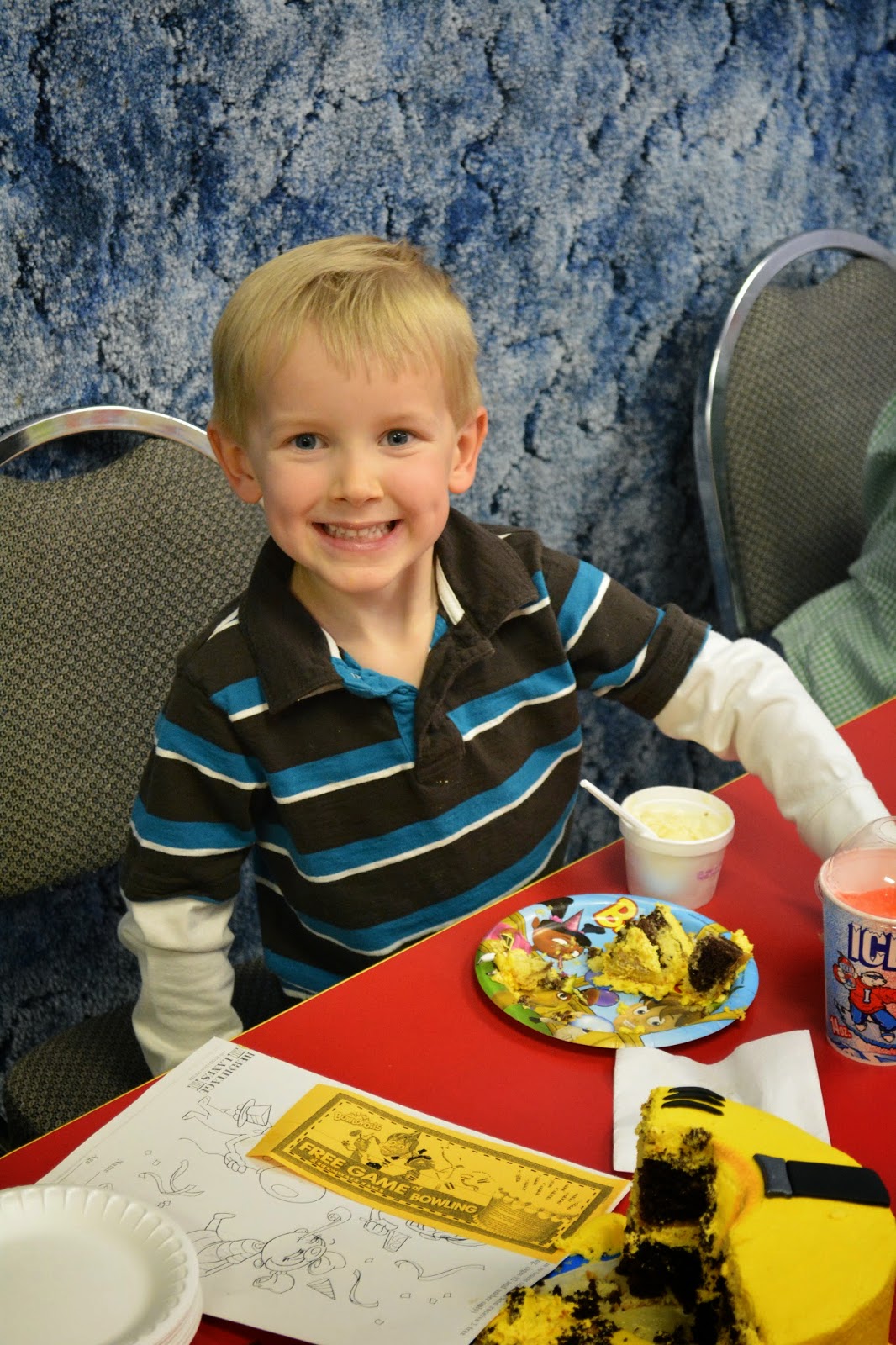 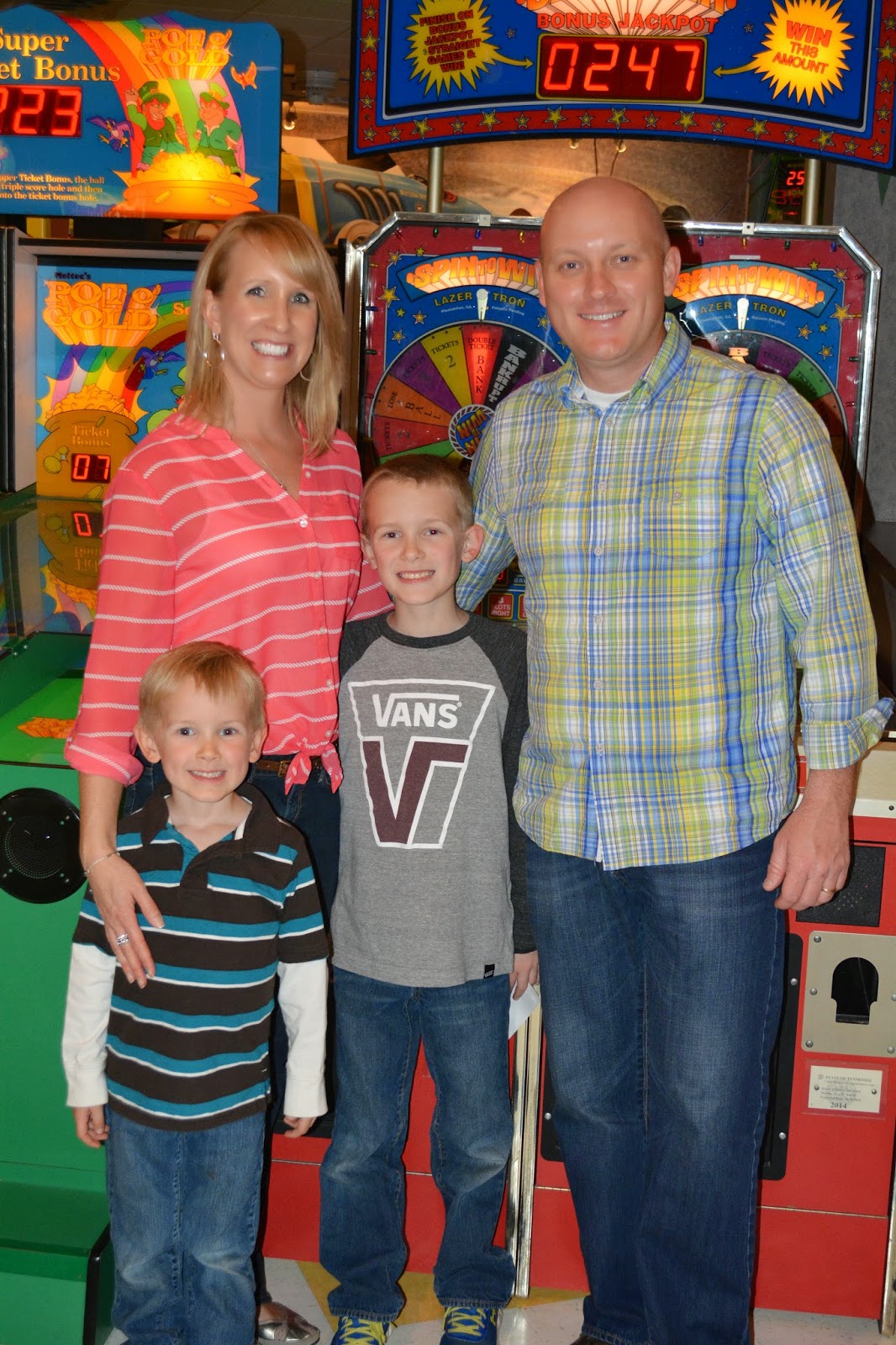 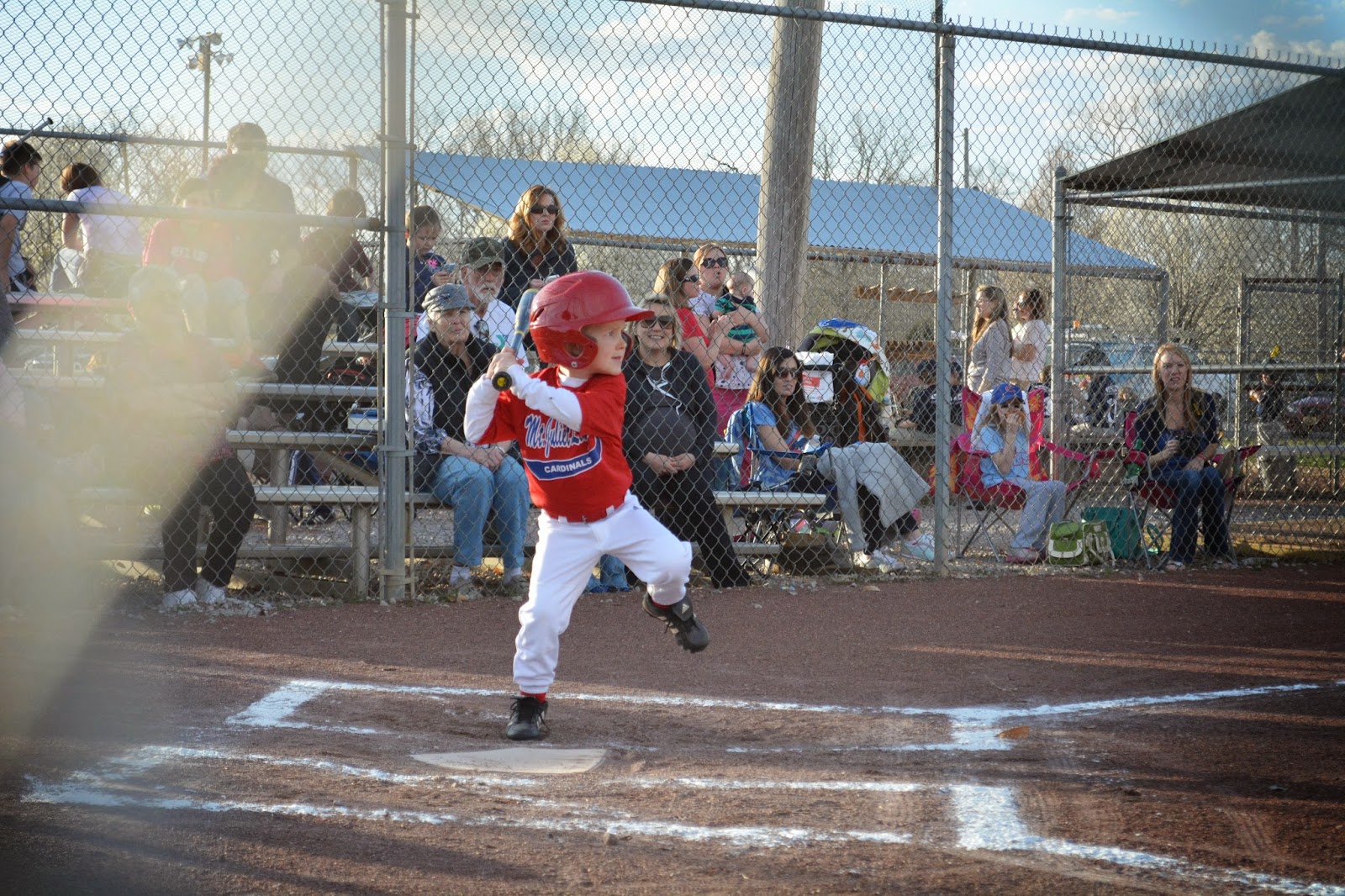 They are growing up so fast it hurts. But what are you going to do?

Enjoy every moment.
Be thankful everyday.
Tell them they make you happy.

Because they do.
Posted by House of Sawyer at 10:41 PM No comments: 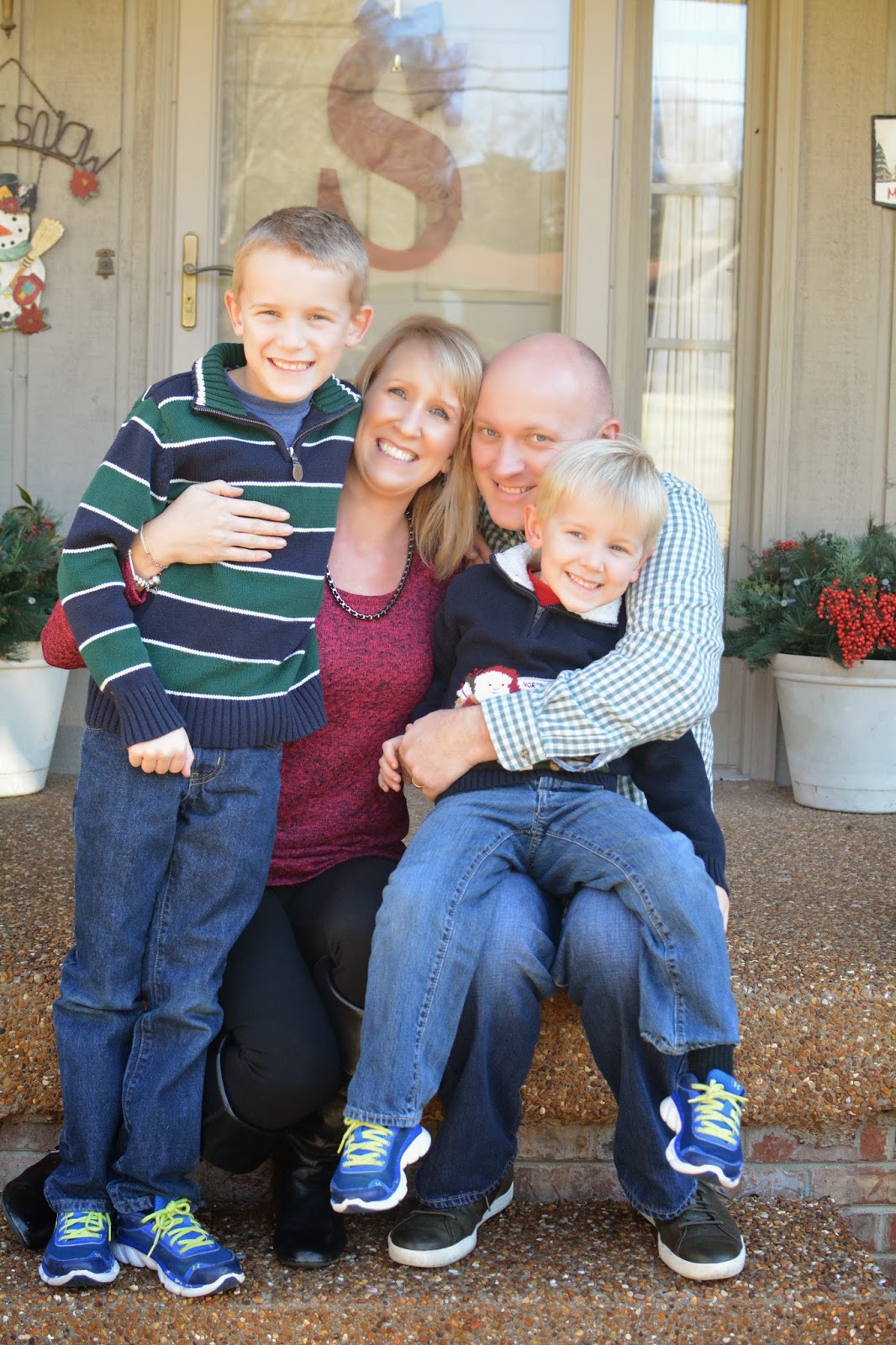 Posted by House of Sawyer at 10:51 PM No comments: